Serie A: The Italian football experience 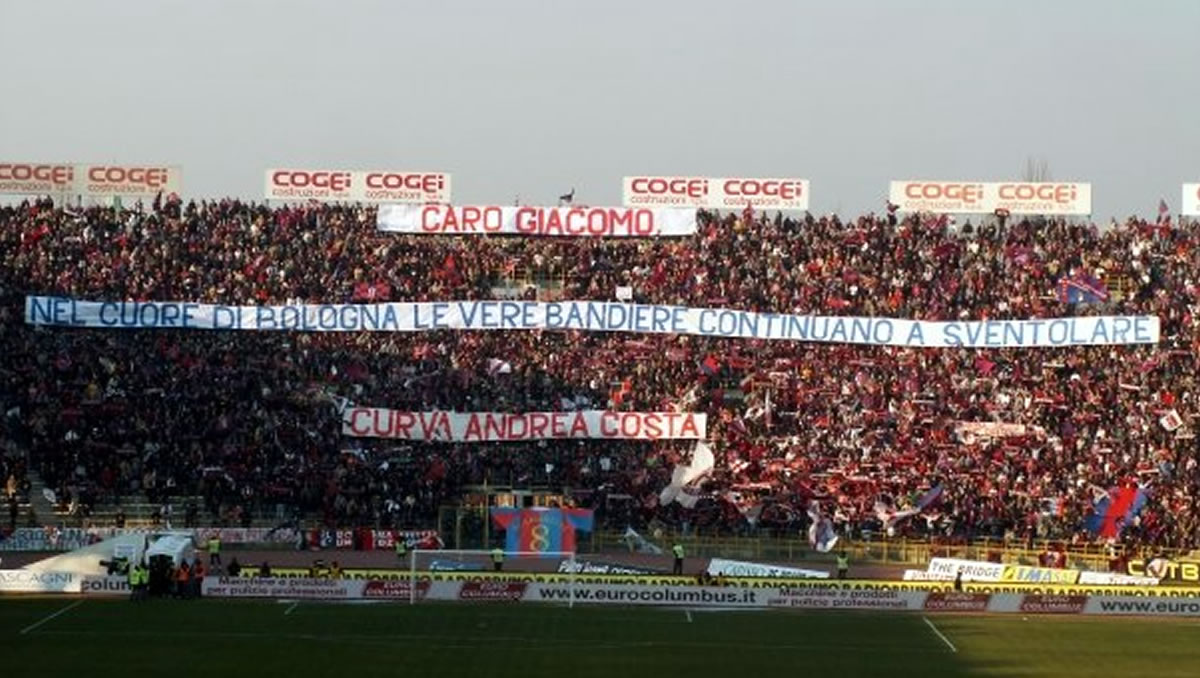 Upon entry into the stadium one could be forgiven for feeling slightly nervous. It was, after all, an Italian football match.

We have all heard the stories: a moped thrown off the upper tiers of the San Siro, the death of a policeman in Catania, and of course the troubles suffered by Manchester United fans at the Stadio Olimpico in 2007. Italian fans have now replaced the English as the bad boys of Europe. English football has proudly moved on from the troubles of the eighties (like Heysel Stadium Diaster), and with the birth of Sky Television has been reborn into a successful global franchise unrivalled throughout the world. Crowd trouble is a thing of the past. If English football has moved on then Italian football has taken steps back, on and off the pitch.

Let’s consider the match I would be seeing tonight: Bologna V Juventus. Juventus are arguably one of the best, if not the best side in the history of Italian football. True giants of the game. However in 2005, the club was found guilty of match-fixing and corruption, along with AC Milan, Fiorentina, Lazio and Reggina. They were striped of their two recent Scudetto’s and banished to Serie B with a large points reduction.

They lost big name players like Patrick Vieira, Gianluca Zambrotta, Zlatan Ibrahimovic, and Emerson, to some of their biggest rivals domestically and in Europe. Meanwhile in Serie A, Inter easily won two successive titles. It was too easy. With the lack of competition domestically, they faltered in Europe. Italian football was becoming stale. Winning the World Cup in Germany only plastered over the cracks. Liverpool, a club in turmoil, easily dismissed Inter’s challenge in last years Champions League at the second round stage, while Roma lost once again to Manchester United comprehensively in the quarter finals.

Italian football just wasn’t reaching the required level to succeed in Europe. Meanwhile Juventus defied the odds and achieved promotion first time of asking and had bounced back into Serie A. Under Claudio Ranieri, they had steadily rebuilt their reputation, with the help of club stalwarts like Gianluigi Buffon, Alessandro Del Piero, and Paolo Nedved, who had remained loyal to the club. After a successful second season they achieved qualification into the Champions League. Juventus were once again back on Europe’s map.

Bologna were a team who had achieved promotion after a couple of failed attempts. With the sometimes clinical Marco Di Vaio; the Viera-esque Gabi Mudingayi; the tall imposing Castellini at centre back and the veteran Italian keeper Antoinioli. These four key players provided the backbone of the Bologna team, and gave them a reasonable chance of survival. However they looked more like Derby County than Hull City. Throughout the match they surrendered possession far too easily. Di Viao was looking more like Ade Akinbiyi in his Leicester days than a striker who had appeared frequently in the Champions League. Antoinioli for all his experience was looking more like David James of old than Gordon Banks.

Bologna lost the game 2-1 with Juventus proving too good. Paolo Nedved scored both for the Turin club: the first a weaving run into the box and then calmly slotting the ball into the bottom right hand corner; the second thanks to some poor keeping by Antoinioli who let a weak Nedved cross creep past him at the near post. Bologna did get one back thanks to Di Vaio but Juventus were good value for their victory. If there was a gap between Italy’s top teams and the elite clubs of England and Spain than the gap was even bigger between the teams at the top of Serie A and the clubs at the bottom.

Bologna’s best hope of survival comes from their never say die attitude: a blend of tough tackling and tireless running. Another factor will be their home crowd. The noise from the ‘San Andrea Costa’ also nicknamed ‘The Curva’ was deafening, and certainly making up for any empty seats elsewhere in the ground. A boisterous crowd to rival that of Pompey’s at Fratton Park. Albeit some of the Bologna faithful seemed more concerned with insulting their Juventus counterparts. For all my feeling of trepidation upon entering the stadium, the atmosphere was a refreshing change from that of Premiership. The passion. The adrenalin rush. If English football has improved the quality of its football on the pitch sadly with the entry of Sky and Rupert Murdock, it has lost some of the passion among the supporters with the real fans getting priced out of tickets.

An Italian football match is an essential experience for any true football fan. Be prepared to endure 90 minutes of passion.

Does the Premier League now have a ‘big five’?