What did we learn from the season-opening Australian Grand Prix, where Jenson Button impressed on his way to victory? 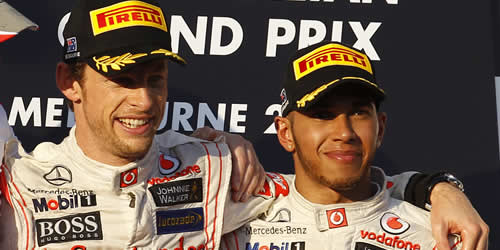 Button still has the edge over Hamilton – just

Not just for the first corner overtake, but for the way he went on to dominate the race. Jenson Button looks set to carry on the rich vein of form he showed at the end of last season – probably the man from Frome’s best season in Formula 1, eclipsing even his title-winning year. Hamilton was untouchable during qualifying but was beaten fair and square by Button when it actually mattered, although his team-mate was unlucky not to complete a McLaren one-two.

The sign of a true great is being able to wring a performance out of a bad car. The widely held opinion is that this season’s Ferrari is their worst in several years – and Saturday’s disastrous qualifying session seemed to confirm that. That Alonso managed to haul his car up to fifth as his team-mate Felipe Massa crashed out after attempting to overtake Bruno Senna for 14th is testament to the Spaniard’s ability and commitment to the cause.

The midfield teams cannot be separated

The amazing final-lap scramble between Sergio Perez, Paul di Resta and the Toro Rosso drivers for the last of the points positions confirms that this year looks set to be much closer than any season in living memory. With four cars being covered by just 0.39 seconds as they crossed the line, it is clear the field was very evenly matched in Melbourne – and until upgrade packages come through, it’s likely to remain that way in Malaysia and China. Long may it continue.

Caterham are still a long way from the midfield

That Heikki Kovalainen was over two seconds away from qualifying for Q2 will be hugely disappointing for Caterham. Kovalainen occasionally upset the form book last year by reaching the second part of qualifying instead of lining up in his near customary 19th place. And Caterham will take scant consolation from being the quickest of the new teams – they have been since their debut in 2010 and want to break into the midfield this year. On this performance, they are still a long way from that goal.

More crashes and collisions on the horizon

If the field stays as closely packed as it was in Melbourne, there are bound to be more crashes and accidents as drivers attempt to make the most of having competitive cars. Only so many overtakes will happen, however, as more risks are taken up and down the field – see Romain Grosjean v Pastor Maldonado and Bruno Senna v Felipe Massa from Sunday’s race for proof. These battles could prove key to the constructors’ championship battle that is so important to each team as drivers drop out of races due to on-track squabbles.