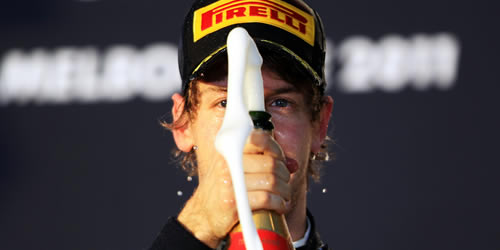 The wait is over Formula 1 fans as the 2012 season – set to be the closest for many years – begins this weekend with the Australian Grand Prix in Melbourne.

This weekend’s race could throw up an unexpected result but the favourite has to be reigning double world champion Sebastian Vettel in the Red Bull.

The German – already on his way to legendary status within the sport – will want to add to his maiden victory at Albert Park last year.

The car most likely to challenge the Red Bull is the McLaren, once again in the hands of Brits Jenson Button and Lewis Hamilton following solid performance in pre-season.

With the return of Kimi Raikonnen in the Lotus, previously Renault, the grid boasts no less than six world champions this year, and two more race winners – Felipe Massa and Heikki Kovolainen.

Pre-season testing in Barcelona and Jerez has seen traditionally midfield outfits including Sauber, Lotus and Force India show genuine pace, while one of the sport’s biggest names look set for a struggle in the season’s opening races.

Ferrari are struggling to understand their car and Fernando Alonso has admitted that a podium in Australia is unlikely.

Given the comparative performance of the F2012 and the impressive midfielders so far – particularly Lotus – they may struggle to even score any sort of significant points.

For the superstitious among you, the winner of the Australian Grand Prix has gone on to be world champion in six of the previous eight years.

At the rear end of the grid, Vitaly Petrov is unlikely at best to match his podium finish here last year in the Caterham (formerly Lotus – confused yet?) although there are signs that they are closer to the midfield than in previous years.

Consistently the top performers of the three new teams, Caterham also have the best driver line up on paper compared to Marussia and HRT – and could be dark horses to sneak a point in Australia if the weather plays a part or early season reliability problems for teams further up the grid kick in.