Chelsea will take on Portuguese side Benfica in the Champions League quarter-finals, ahead of potential clash with Barcelona 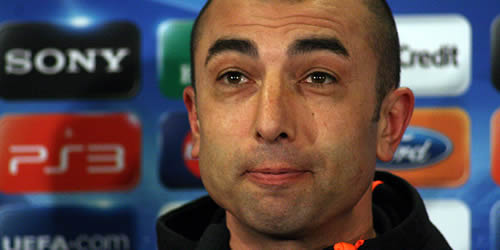 Chelsea will take on Benfica in the quarter-finals of the Champions League after the draw was made in Switzerland on Friday morning.

And if the Londoners can beat their Portuguese opponents, a semi-final showdown against either AC Milan or Barcelona awaits.

“When you get down to the last eight teams every draw is very difficult. I’ve seen Benfica many times, as they were in Manchester United’s group,” said Chelsea interim boss Di Matteo.

“It’s a tough opponent for us. I think the fact that we play the first game away from home is good, a little bit like the Napoli game.”

Di Matteo’s side booked their spot in Friday’s draw in dramatic fashion after they overturned a 3-1 first-leg deficit against Napoli to seal an eventual 5-4 aggregate triumph thanks to a 4-1 win at Stamford Bridge on Wednesday night.

The quarter-final first legs will be played on 27 and 28 March with the second legs following on 3 and 4 April. The Blues, the last remaining English side in the competition, will be away for the first leg, before the return clash at Stamford Bridge.