Chelsea can’t afford not to be in Champions League, warns Cech 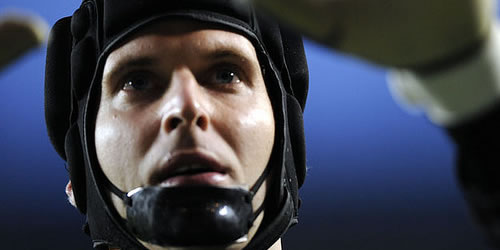 Petr Cech believes Chelsea would face a “lost year” in their development were the Londoners to miss out on qualification for next season’s Champions League.

The Blues suffered a setback in their bid to secure a top-four finish on Saturday when they were held to a goalless draw by Tottenham Hotspur, leaving Chelsea trailing fourth place by five points with eight games left to play.

And Cech has warned his team-mates that while their failure to mount a Premier League title challenge can be attributed to the club being in “transition”, missing out on Europe’s elite club competition would be a major setback.

“It would be a year lost in the progression of the club,” said Cech ahead of Chelsea’s Champions League quarter-final first leg at Benfica.

“You always have years when you go through transition and the side needs to be rebuilt. Or you have changes in terms of managers.

• Two-time winners Benfica have not got beyond the last eight since 1990 while Chelsea, by contrast, have been regular semi-finalists in the past decade

• This is the teams’ first meeting but Chelsea’s many Portuguese connections should ensure the trip holds few surprises – not least for David Luiz and Ramires, members of Jorge Jesus’s 2010 league title-winning Benfica side

• Benfica have already got the better of one Premier League side this season, having earned two draws with Manchester United as they finished top of their group with the English champions down in third place

Luol Deng managing the pain in pursuit of Olympic ambition