Chelsea’s season will be defined by their display against Napoli

Sharethematch.com looks at Chelsea's chances against Napoli in the Champions League and Tottenham Hotspur's poor form 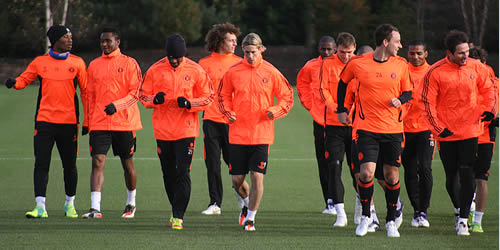 Chelsea’s season will be defined by their game against Napoli in the Champions League on Wednesday.

With Arsenal winning yet again on Monday night, fourth spot looks a big ask in the Premier League unless Chelsea find some form – and fast.

Three wins in four domestically have papered over the cracks of a team still lacking any kind of confidence or belief.

Whether or not Chelsea overturn the 3-1 deficit against Napoli is something of a side issue, it will be how the game pans out and how they play that proves the key factor.

If the Blues go close, with verve and style akin to Arsenal’s valiant performance against AC Milan then a new spirit and desire will be born and suddenly a daunting end-of-season fixture list will seem doable.

Win the game and go through and anything is possible, we could win our last ten in the league, the FA Cup and challenge for the Champions League.

But lose – as many are tipping – with no fight and a limp display and suddenly the season is over. Chelsea will continue to falter between now and May and Europa League will be beckoning next year.

It was all so different at approximately 2pm on 26 February at the Emirates when Spurs led 2-0 against Arsenal.

Had that result stood then Spurs would have gone 13 points clear. Five goals from Arsenal later and chastening defeats against Manchester United – despite playing pretty well – and Everton – where they should have snatched a point – and that gap is down to a single point after Arsenal beat Newcastle.

Arsene Wenger’s side are not so much breathing down Spurs’ necks but flying past them.

Momentum has shifted across North London. Spurs supporters will point to their kinder run-in but whatever you say about their performances, three successive defeats cannot help but take a toll on their confidence.

Factor injuries to Michael Dawson and Aaron Lennon into the equation and they are no longer the indomitable force they once were.

The real wildcard in the equation is Chelsea who Tottenham travel to on 24 March. Their form and confidence might be worse than Tottenham but three points are pretty much guaranteed at Stamford Bridge where Spurs boast a miserable record.

Whatever the inner turmoil the club have suffered, Chelsea are still packed with players who know who to dig results out no matter how and once they have Tottenham in their sights expect Harry Redknapp’s side to be hauled in.