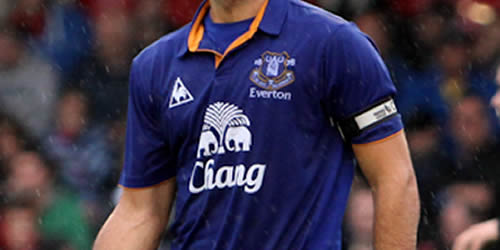 Everton have announced a new three-year partnership with Nike, who will replace Le Coq Sportif as the Toffees’ kit manufacturer from next season.

Although the deal is understood to be along similar financial lines to that of the existing one, the Merseyside outfit are hoping to be able to expand sales of other merchandise other than just replica kits as Nike will be also responsible for producing the club’s training gear.

“Following all the speculation of the past few months, we are delighted to confirm that Everton is about to kick-off a new, three-year partnership with the world’s leading sportswear brand,” said Everton chief executive Robert Elstone.

“We’re all excited by the prospect of working with Nike’s design, marketing and retailing teams and look forward to seeing some impressive, original kits and products, as well as being on hand to take advantage of new retail opportunities that we’ll be working with Kitbag to drive forward.

“Nike has an impeccable reputation and we are confident that our supporters will be excited by the new partnership, with all of us looking forward to seeing our new home shirt this summer.”

Nike’s general manager Marc van Pappelendam added: “We at Nike are delighted to be entering into this partnership with Everton – they’re a prestigious Club with an illustrious history and we’re looking forward to equipping the team with their playing and training kits.

“Evertonians are renowned for their passion and we are excited about showcasing this in Everton’s range for 2012-13.”

The club’s new kits will be launched later this summer.