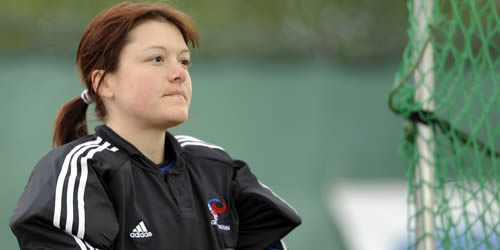 The girls were narrowly beaten in the final by hosts Argentina but Storry explained the many positives that the team have taken from the tournament.

“We continued to play with no fear and you could feel our belief, matching and beating the top teams,” said Storry.

“Coming so close shows how realistic winning gold at the Olympic Games is as long as we perform.”

Storry recalled the atmosphere of the final in front of a partisan and passionate crowd in Rosario.

“During the national anthems, you couldn’t help but smile. It was mad, they are so enthusiastic with their singing and shouting,” she added.

“It was really tough to communicate with the noise and there was constant drumming!”

The Reading goalkeeper admitted her delight at returning to the national stage and praised the defensive unit which featured heavily in their silver success.

“I have mixed feelings I suppose, I was pleased with how I played and it was great to be back playing at international level again in a major tournament.

“I think we conceded just once in 28 short corners, the girls are brilliant at reading it and we have such a strong collective group.”

When questioned about the squad’s Olympic ambitions Storry made no bones about their goal.

“Four years ago I would have said the same thing: we want to win, it has been all our dreams since we were little.

“Standing on top of the podium with the national anthem playing would be a dream come true”.

The build-up to the Games sees the women take part in test events at the Olympic park as well hosting the Investec London Cup, and Storry believes this will provide a crucial opportunity for the squad to build confidence.

“They are really important, it is good to play competitively before big tournaments and being so close to the Olympics we can get a feel for it and get a bit of form.

“Nothing will be radically changed but we will get up to match speed and settle down as a team and a squad.”

“We have such a great squad and it is really going places.”

London 2012: Coe and Deighton under fire over ticketing policy