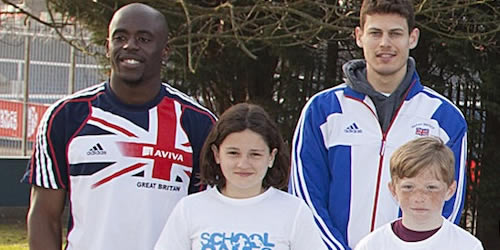 Richard Kruse believes Great Britain could spring a major surprise and claim their first Olympic fencing medal in nearly half a century at London 2012.

Kruse guaranteed himself Team GB selection with a victory in Copenhagen last weekend, meaning he won’t have to rely on the qualifiers or taking up one of eight available host nation quota places.

It will be the 28-year old’s third Games and the two-time individual European silver medallist believes he’s never had a better chance of climbing the podium.

Great Britain’s foil team won gold at the Olympic test event last November and were bronze medallists at the 2010 European Championships in Leipzig.

However, Kruse claims those results only strengthened their resolve to win the first Olympic medal since Bill Hoskyns’s epee silver at the 1964 Games in Toyko.

“Winning the test event was a big boost to our confidence but we need to remember that the Italians weren’t there and the German A team wasn’t there but we still beat full strength Chinese, Russian and French teams and that shouldn’t be ignored,” he told press agency Sportsbeat.

“We have shown what we are about and for a while the men’s foil team has been talked about as a medal contender for London 2012.

“I don’t want to talk out of turn but I think that it is our best chance of a medal and we are eager to live up to that billing.

“We have proved that we have talent and while we might not be the best team in the world, I really think that on our home turf we have got a really good chance.”

Kruse was speaking at the announcement that the London Youth Games Foundation has extended their existing sponsorship agreement with Balfour Beatty to 2015, meaning £1.1m will go towards funding grass roots youth sport in the Olympic and Paralympic host city post-2012.

And he admits he hasn’t stopped smiling since his weekend World Cup victory in Copenhagen, which gave him the rankings points he needed to automatically book his place at the Games.

But Kruse knows there is no time to sit back, with upcoming events key to rising up the rankings to give himself the best possible seeding in London – where he’ll be looking to improve on his quarter-final appearance in Athens eight years ago.

“The overriding emotion this week has been one of relief,” he added.

“The pressure was immense over there because I knew I had to win and I wanted it so badly, I have never worked harder or sweated as much for anything in my life.

“But I showed that I can deal with that pressure in winning and that is obviously a great quality to have when it is going to be much more intense this summer.

“So I am in a good place right now. I have shown what I can do in a pressure situation and I can’t wait to get going at London 2012 now.

“It isn’t over for me yet though because although I have my place I still need to put in the results to boost my rankings to give me the best chance at London 2012. I am not going to be taking it lightly on anyone.”

Balfour Beatty have agreed to support the London Youth Games through to at least 2015, meaning £1.1m worth of funding post-2012 and a total contribution of £2.5m since 2007.