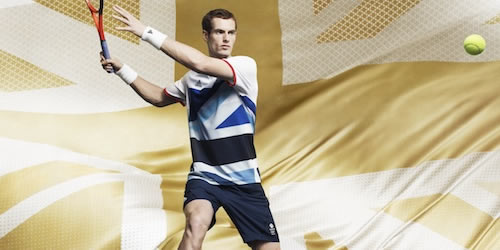 Andy Murray is hoping to win at Wimbledon twice this year Photo: Adidas

Stella McCartney’s Union flag inspired British Olympic and Paralympic kit has finally been unveiled in a flurry of flashbulbs.

Red, white and blue has been replaced by a little dash of red and shade of blues, which McCartney claims have been reconstructed for a ‘contemporary modern twist’.

The design, revealed in a big production fashion show at the Tower of London, has been two years in the making, with Adidas claiming that past and aspiring Olympians and Paralympians have been consulted throughout the process.

Athletes don’t make for catwalk naturals, Christine Ohuruogu mouthed ‘sorry’ after fluffing her entrance, but they were universal in their praise – although it’s worth noting that all those in attendance are endorsed by Adidas.

But decision to blaze Great Britain across many of the items, which range from competition kit to training wear and a special suit to be worn in medal ceremonies, might annoy those athletes from across the Irish Sea, who often point that the full name of the team remains Great Britain and Northern Ireland.

“The first place to start on a project like this in the Union flag,” said McCartney. 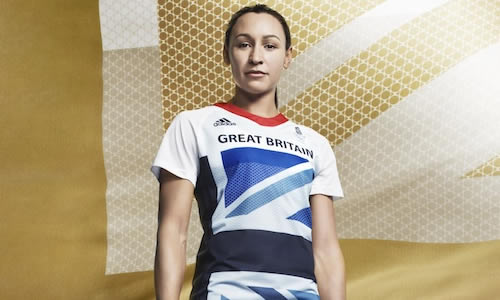 “For me it’s one of the most beautiful flags in the world and it was important for me to stay true to that iconic design and also to modernise it and present it in a contemporary way.

“I have taken this iconic image and dismantled it, softened it slightly.

“I needed to break it down and make it a bit more graphic and therefore more fashionable in this sense. Because it is so recognisable it allowed me to play around with it a little and take it out of its comfort zone.

“Ultimately we wanted the athletes to feel like a team and be proud with the identity we created.” 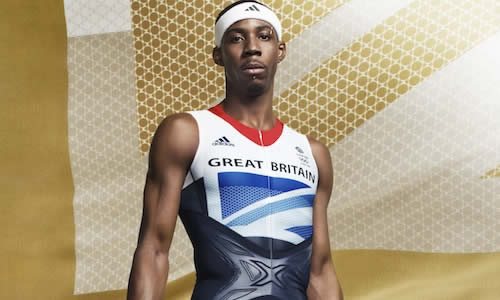 Over 900 athletes across 26 Olympic and 20 Paralympic sport will received over 175,000 items of clothing to wear at the Games – with nearly 600 individual articles in the collection.

It was a little simpler the last time London hosted the Games in 1948. Those were the true days of austerity so the offer of Coopers, a well known outfitter, to provide every British male athlete with a free pair of Y-fronts was gratefully received.

Athletes had to ‘make do and mend’ or buy their own kit, British sprinter Audrey Mitchell spent the night before her blue-riband 100m final sewing a pair of shorts.