London 2012: Coe and Deighton under fire over ticketing policy 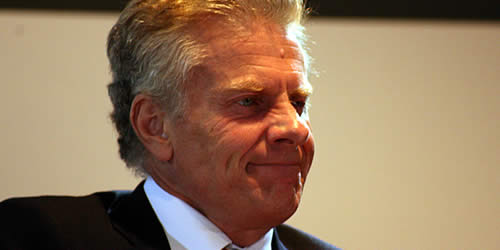 Seb Coe and London 2012 chief executive Paul Deighton were involved in a heated exchange with London Assembly members on Wednesday – in which they were accused of treating the public as if they were “thick”.

Coe and Deighton always knew they were in for a rough ride over their ticketing policy after the publication of highly critical report by the Assembly’s sports committee last month.

However, they insist a commitment that 75 percent of all tickets would be sold to the general public and 28 percent of the 8.8 million seats would cost less than £20 will be met.

As a private company, the organising committee are exempt from Freedom of Information requests but Dee Doocey, chairman of the Assembly’s sports committee, took no prisoners as she questioned Coe and Deighton at City Hall.

“The ongoing secrecy over Olympic tickets is shameful,” she said

“You have already sold over seven million tickets and there is no reason at all why they could not publish today the full details about the price of tickets already sold for each and every Olympic event.

“The excuses for not publishing this information straight away are indefensible.

“To claim that the information would be confusing or provide a partial picture is patronising in the extreme to the public, who have paid for the Games.”

Doocey believes that Locog will only deliver on their pledge to make tickets available to the widest possible audience by using the vast of number of seats, over 1.5 million, thought to be still available for the football competition.

Recent reports claimed that only 29,000 tickets out of a total 80,000 for the showpiece 100m final have been made available for the general public – making odds of success, considering the hundreds of thousands that applied – nearly 100-1.

But Coe justified Locog’s actions by saying divulging information would divert his staff’s attention for selling the four million remaining tickets for the Games, which is vital to delivering a balanced budget. He wants to wait until the process is concluded before making numbers public.

“You will not tell us what you know and say everything is too complicated to understand. You are saying we are too thick to understand the job you are doing and you will not give us the information.”

But Deighton insisted releasing figures now would be confusing, claiming the sales process had to conclude before he could reveal whether targets had been met.

“I can’t prove to you we are making our commitments because it depends on what we sell,” he said.

London mayor Boris Johnson has already said he would raise the matter with organisers and admitted that those unable to purchase tickets deserved an open breakdown of the process. But he stopped short of rebuking Coe and Deighton during a recent Question Time appearance at City Hall.