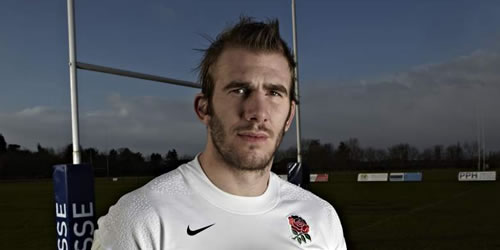 Flanker Tom Croft has described Stuart Lancaster as the “ideal man” for the job after England’s interim head coach was handed the role on a full-time basis on Thursday.

Lancaster led England out of their post-World Cup mire by guiding his new-look side to second in the Six Nations thanks to victories in Edinburgh, Murrayfield and Paris as well as his first Twickenham win over Ireland.

Croft started all five matches of the Championship, scoring a fine try in the win over France before claiming he was in the international form of his life and nearing his 2009 British and Irish Lions form.

And the 26-year-old admits his and England’s resurgence is all down to Lancaster.

“It is great news. He really shaped that England side into the way it was performing during the [Six Nations] tournament,” said Croft.

“He did a great job so he is the ideal man to keep in the role. I look forward to working with him again in the summer if I am selected.

“The Six Nations was a thoroughly enjoyable time to wear that England shirt. I was surrounded by guys who just wanted to work for each other and do that shirt proud.”