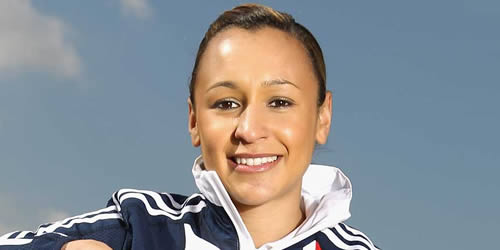 Helen Clitheroe sprang to the defence of GB team-mate Tiffany Porter after the American-born hurdler was handed the team captaincy – then challenged to sing God Save the Queen at a pre-event press conference.

Porter, who previously represented the USA before switching allegiances in 2010 and who subsequently set British records over 60m and 100m, refused to rise to the national anthem bait on Thursday, having been named as Charles van Commenee’s somewhat surprise choice as team captain.

The 24-year-old, although born and raised in Michigan, qualifies for GB thanks to her London-born mother but is among a number of so-called ‘Plastic Brits’ – athletes who have opted to represent Great Britain in the build-up to London 2012.

World 5000m champion Mo Farah, who was born in Somalia and arrived in the UK aged eight, has been critical of the treatment Porter received on Thursday while van Commenee also vehemently defended his decision, and Clitheroe, who captained Great Britain at the European Indoor Championships in Paris last year where she claimed 3000m gold, says Porter is excelling in the role.

“Tiffany gave a brilliant team speech last night and really inspired us all. And I’m pretty sure if you asked the majority of the team they wouldn’t know the words to the national anthem,” said the 38-year-old, who reached the 3000m final in Istanbul on Friday.

“I do but it’s not a requirement for being team captain.It’s about having someone to look up to and to inspire us and Tiffany is that person.

“In the speech she told us to stop and think for a minute about why we love the sport and why we do it before we start and it was a really good speech. She didn’t mention [the incident at the press conference} because it’s irrelevant.”

It’s an incident that threatens to tarnish Great Britain’s impressive start to the World Indoor Championships with defending pentathlon champion Jessica Ennis bursting out of the blocks with a career second best performance in the 60m hurdles.

Ennis, who lost her outdoor world crown to Russia’s Tatyana Chernova last year, clocked 7.91 seconds to earn 1150 points and open up a sizeable gap on her rivals but she could only manage 1.87m in the high jump, seven centimetres down on her personal best.

Still Ennis led the way after two of the five events – all crammed into Friday – with 2217 points but Chernova was not far behind in third on 2093 while Olympic heptathlon champion Natallia Dobrynska of Ukraine sat fourth, a further 20 points back.

And she clung onto that lead after the shot put – traditionally one of her weaker events – with a new personal best of 14.79m.

Dobrynska topped the pile in the shot while Lithuania’s Austra Skujyte was second and it is she who is bearing down on Ennis, just ten points adrfit after three of the five events with 3054 to the Brit’s 3064.

Chernova finds herself down in fifth but Ennis is refusing to write her off with the long jump up next.

“I was happy with the hurdles and slightly disappointed with the high jump. To throw a PB in the shot was great as I thought Austra would have the lead after the shot because she’s a great thrower,” she said.

“The long jump is next, that’s Tatyana [Chernova]’s strong event so things could change in one event.”

In the men’s 400m there were few problems for GB pair Nigel Levine and Richard Buck who advanced into tonight’s semi-finals in first and second respectively while Nadine Okyere finished third in her heat but secured an automatic qualifying spot after Brazil’s Geisa Aparecida Coutinho was disqualified.

Aldama shrugged off the ‘Plastic Brits’ furore with a fine performance in the triple jump, achieving a season’s best 14.62m with her first effort to advance in first place but in the middle distance events, only Joe Thomas excelled.

The 24-year-old arrived in Istanbul on the back of six consecutive personal bests and having claimed the scalp of current world number one Adam Kszczot in Stockholm recently and while his record-breaking run came to an end, he eased to victory in his heat in 1:49.73.

Andrew Osagie also advanced but had to rely on a fastest loser spot despite clocking the same time as Thomas in his heat but Marilyn Okoro made a tearful exit from her heat while 1500m duo Lewis Moses and James Brewer bowed out in their respective races.

Aviva has been backing the GB & NI Team since 1999. Now it’s your turn. #BackTheTeam