Clubs will have to meet new limits on pre-tax losses, with harsher sanctions implemented to clubs that fail to comply 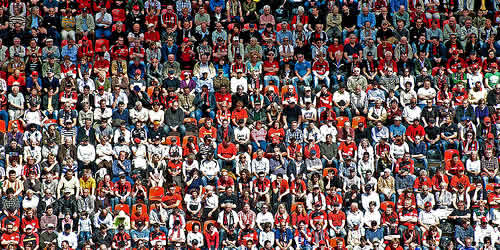 Championship clubs voted in favour of the new rules on Wednesday Photo: robert.molinarius, via Flickr

Championship clubs have voted in favour of a breakeven approach based on Uefa’s Financial Fair Play regulations.

From the beginning of next season, the Championship will join League 1 and League 2 clubs in applying rules that exert greater control over club expenditure with each division having the flexibility to determine their own specific approach.

The decision to adopt Financial Fair Play regulations follows a strategic review by The Football League Board which identified the state of club finances as the organisation’s greatest challenge.

“On the pitch we have three exciting, competitive divisions with crowds at their highest levels for 50 years,” said Football League chairman Greg Clarke.

“But that success isn’t necessarily being reflected on our clubs’ balance sheets and we have to remedy that situation or face an uncertain future.

“I’d like to commend the Championship clubs for the courageous decision they have taken today. It means that for the first time, all 72 Football League clubs have agreed to take concerted action towards controlling their financial destiny.

“Whilst we cannot promise that these rules will deliver results overnight, they will begin to lay the foundations for a league of financially self-sustaining football clubs.”

Financial Fair Play in the Championship

· Financial Fair Play (FFP) in the Championship will require clubs to stay within defined limits on losses and shareholder equity investment that will reduce significantly across a five season period.

· Permitted losses will reduce from an acceptable deviation of £4m for 2011/12 to £2m by 2015/16, with additional investment in certain areas of club infrastructure being excluded (e.g. youth development and community programmes).

· Clubs will be required to provide annual accounts to The Football League by December 1, covering the previous playing season.

· Failure to stay within the defined limits will lead to the imposition of sanctions. The sanctions will vary depending on whether the club was ultimately promoted to the Premier League, remained in the Championship or was relegated to League 1.

· Clubs promoted to the Premier League will have to pay a ‘Fair Play Tax’ on the excess by which they failed to fulfil the Fair Play requirement ranging from 1% on the first £100,000 to 100% on anything over £10m. Any proceeds will be distributed equally amongst those clubs that complied with the FFP regulations for the season in question.

· Clubs remaining in the Championship will be subject to a transfer embargo until they are able to lodge financial information to demonstrate they comply with the FFP regulations (either for the previous reporting period or a future reporting period).

· Clubs relegated to League 1 will not be entitled to any payout derived from the Fair Play Tax and will be required to comply with the FFP rules in operation in that division.

· Clubs relegated from the Premier League will not be subject to sanctions in their first season in the Championship, as long as they have met their financial obligations under Premier League regulations. They would, however, be subject to the potential of a Fair Play Tax if they achieved promotion in the first season in the Championship whilst not complying with the FFP regulations.

· The first reporting period will be for the current playing season (2011-12), however sanctions will not be applied until the 2013/14 reporting period in order to give clubs a sensible period of transition.

McLeish’s Aston Villa could be dragged into relegation battle

Real Madrid v Bayern Munich: We are in a marathon, says Mourinho