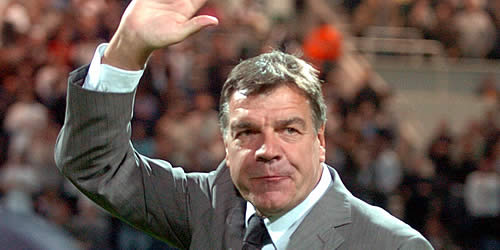 After a frenetic Easter fixture list, the Sport Review looks back at how back-to-back fixtures have affected clubs at the top and bottom of the Championship.

The Saints enjoyed a fairly good Easter period, picking up 4 points from a possible 6. A frenetic 2-2 draw in the South Coast Derby against Pompey was followed up by a comfortable 2-0 win over mid-table Crystal Palace at Selhurst Park. Saints frontmen Billy Sharp and Ricky Lambert continue to deliver for Nigel Atkins’ men, with both strikers scoring a brace during the Easter fixtures. With just four games left to go in the season, Saints are level on points at the top of the league with Reading but, crucially, they are 6 points clear of the 3rd spot. Barring any last minute mishaps, Southampton should be playing Premiership football next season.

The Royals picked up maximum points over Easter, enjoying a 2-0 win against Leeds followed by a nervy 1-0 win against Brighton – Adam Federici saving a crucial penalty in the latter match. These two wins have continued Reading’s remarkable run of form of late, and has drawn them level on points with Southampton at the top of the Championship. After suffering play-off heartache last season, Brian McDermott’s men are well on course to go one better this year and clinch automatic promotion back to the Premier League. With a new Russian owner at the helm, and an astute manager in charge, there is no reason at all that Reading can’t go on to emulate the achievements of Norwich and Swansea.

Sam Allardyce’s men have been stuttering of late, particularly at home where a run of draws has really hindered their challenge for automatic promotion and an immediate return to the Premier League. A 4-0 away win at struggling Barnsley was was followed up by a frustrating 3-3 home draw against fellow play-off hopefuls Birmingham City – themselves looking for a route back to the top flight at the first time of asking. The Hammers were trailing 3-1 at the break, requiring second half goals from Carlton Cole and a last-minute penalty from Ricardo Vaz Te to rescue a point for the home side. Saturday’s home game against Brighton represents an absolutely must-win game for West Ham, if they are to keen themselves in with a chance of a top-two finish this season.

The Blues continued their fairly late charge for a play-off spot by picking up four points over the Easter fixtures. Early-season Europa League participation had a negative effect on Birmingham’s domestic campaign, leaving them well outside the play-off spots. Following their European exit, however, Chris Hughton’s men have re-grouped and showed their class, with a rapid rise up the table at just the right time of the season. A straight forward 3-1 home win against Crystal Palace was followed up by a 3-3 draw against West Ham at Upton Park. With four games to go, Birmingham are looking in good shape to secure a top-six finish. They still face tricky games before the end of the season, including an away trip to fellow play-off challengers Brighton.

Ian Holloway’s charges are another team who have timed their play-off push at just the right time. The Tangerines have been steadily picking up points and good performances over the last few weeks, which leaves them sitting in 5th place in the table as the season reaches its climax. Blackpool also picked up four points over the Easter period, but were hurt by Keith Southern’s straight red card in Monday’s home draw with Barnsley. The tough-tackling midfielder was given his marching orders early on the first half for a two-footed lunge. The visitors took advantage of Blackpool’s deficit by taking the lead shortly after half-time, through David Perkins’ goal. However, veteran striker Kevin Phillips popped up with yet another crucial goal to pinch a point for the seasiders.

Cardiff finally seem to have put their Carling Cup hangover behind them, as a run of decent results has pushed them back into the final play-off spot in the Championshp – two points ahead of Brighton in seventh. A vital away win against fellow play-off challengers Middlesborough, followed by a draw at home to in-form Watford has left Malky Mackay’s side in a promising position for the final run-in. The Bluebirds may have experienced more than their fair share of play-off heartache over the last few years, but February’s gallant showing at Wembley in the Carling Cup Final against Liverpool must have proved to the Welsh club that their players can put in a perfomance in the most high pressure of matches. This should come in handy should they seal their place in the end of season shake-up.

Brighton, Middlesborough, Leicester, Hull and Derby must all believe that they are still in with a shout of stealing a place in the play-offs.

Down at the bottom

Dean Saunders’ men are really staring into the abyss after Monday’s home defeat to Middlesborough left them 11 points from safety, with just 12 points left to play for. Notably, Donny were without many of their ‘star’ names for Monday’s defeat, as the manager sought to inject some passion into the line-up. It probably a fair assessment to make that the likes of Beye, Picquionne, Diouf and Diarra will not be gracing the Keep Moat stadium next season.

Despite a brave fight against relegation following a 10 point deduction for going into administration again, Pompey look like they aren’t going to escape the trap-door to the third tier of English football. Michael Appleton’s men are nine points adrift of safety with only 12 points left to play for. The team that were hosting AC Milan in European competition not too long ago will be looking to follow in the footsteps of the likes of Manchester City, in trying to make their visit to League One as brief as possible.

A recent revival for the Sky Blues seemed to have been timed to perfection, as Andy Thorn’s team briefly popped their heads above relegation water. However, another slump of late has left them four points from safety. Coventry lost a relegation ‘six pointer’ against Bristol City, the team occupying the final place above the relegation, last Monday, going down 3-1 at Ashton Gate.