Chelsea have added a golden touch to their new home strip for the 2012-13 season, which is now available to pre-order at Kitbag.com 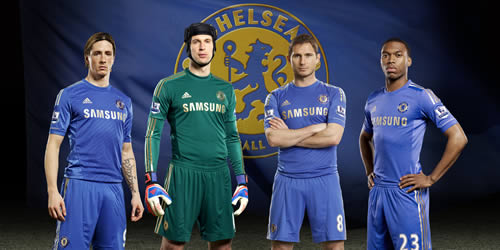 Chelsea have added a golden touch to their new home strip for the 2012-13 season unveiled last week.

The kit carries a golden theme in honour of a special year of sport and celebration in London, with the Olympics set to kick-off in less than 100 days in the capital.

The club’s crest has been turned gold along with the Adidas and Samsung logos. Subtle dark blue stripes run across the front of the shirt, with gold piping around the arms and neck capping a new look for the London club.

“I really love it,” Daniel Sturridge told Chelsea’s website. “It suits the way we play. With the gold, hopefully we’ll be able to achieve some success in it.” 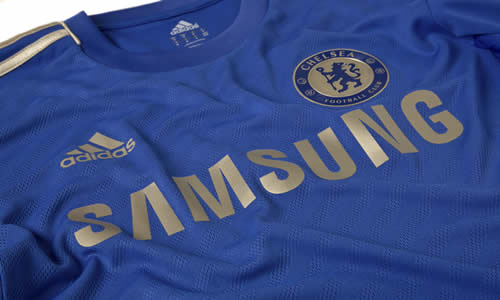 The top also features Adidas ClimaCool technology, a mixture of heat and moisture controlling materials, ventilation channels and 3D fabrics which improve air flow to the skin in the key heat zones.

Chelsea are the first Premier League club to release their new strip for next season’s campaign, which can be pre-ordered at Kitbag.com ahead of its release on 10 May 2012.

Goalkeeper Petr Cech said: “The gold looks really nice on the shirt. The lines and stripes give it a fresher and more modern look.”

Chelsea owner Roman Abramovich will be hoping that the shirt’s golden theme may also prove to be a lucky omen as the Blues look to win the Champions League for the first time.

Roberto Di Matteo’s side edged to a dramatic 3-2 aggregate victory over Barcelona in their Champions League semi-final on Tuesday night, setting up a final date with Bayern Munich at the Allianz Arena on 19 May.