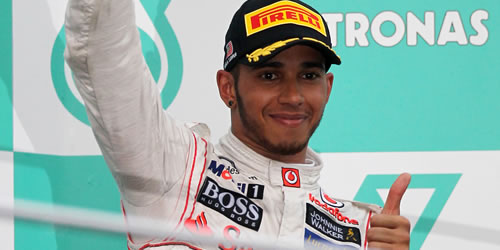 The Formula 1 circus reaches China this weekend and there is a good chance that the Shanghai circuit will produce a third different winner in the season’s opening three races.

This is the ninth Chinese Grand Prix, with last year’s victory going to Lewis Hamilton in the McLaren. The win made him the first driver to win more than once here, having triumphed in his title winning year, 2008.

Alonso is the surprise leader of the Drivers’ Championship heading into the weekend following his win in Malaysia with 35 points. The Spaniard leads Hamilton by five points, whilst Australian Grand Prix winner Jenson Button is a further five behind following his miserable race in Sepang.

McLaren lead the constructors’ standings with 55 points ahead of reigning champions Red Bull who have 42. Ferrari are third solely thanks to Alonso’s points, with team-mate Felipe Massa yet to score this season.

Whatever happens in qualifying on Saturday, we will be guaranteed a different pole sitter to Melbourne and Sepang – Lewis Hamilton has received a five-place grid drop for changing his gearbox.

He is determined, however, to qualify as high as possible to minimise the damage caused by the grid penalty.

“It doesn’t alter my approach. I still have to qualify as high as possible,” said Hamilton.

“I won from third last year so I’ll try to win from further back. I’ll have to try to start sixth if possible or somewhere close to that.”

First practice starts on Friday at 02:55 UK followed by second practice at 06:55 UK.