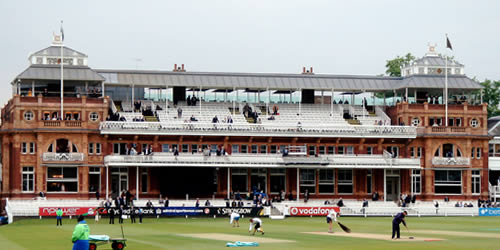 Surrey's Chris Adams was less than impressed with the Lord's pitch Photo: cubemate, via Flickr

Chris Adams can normally be relied upon for a forceful opinion or three and his sharp tongue added further spice to an exceptionally lively round of County Championship matches.

Having seen his side Surrey blow a very winnable position against Middlesex, he said: “It was the worst Lord’s pitch I have ever seen.”

But what constitutes a bad pitch? In common parlance pitches that favour bowlers, and seamers or swingers in particular, come in for stick while batsmen-friendly tracks are described as good or as having nothing wrong with them.

Yet the worst kind of pitch, aside from one that is physically dangerous, is the slow, flat one that sends bowlers to an early grave and batsmen to an inflated average.

All seven of this week’s Championship matches, the second round of the season, reached a definite conclusion, three of them thrillingly so. Middlesex won by three runs, Warwickshire by two wickets and Gloucestershire by 33 runs.

Give me low-scoring nail-biters any day over the tedious run-fest such as took place at Taunton in April (yes, April) 2007. Middlesex made 600 for four declared to which Somerset replied with 850 for seven declared. Justin Langer, having made 315, told Giles Clarke, then the Somerset chairman, that pitches like this one were killing the game.

But there has to be some sort of balance and one has to remember that the County Championship is a multi-functioning operation. However entertaining the London derby at Lord’s might have been there were only a few hundred people there to witness it.

One of the Championship’s key roles – some would say its sole purpose – is to prepare players for Test cricket. And those top-order batsmen who battled against the odds during an exceptionally bowler-friendly round of matches can feel rightly proud.

Hats off then to Nottinghamshire’s Michael Lumb, Nick Compton of Somerset and Gloucestershire opener Chris Dent who were the only top-three batsmen to make centuries for their counties. Only three other top-three batsmen made fifties: Ed Joyce for Sussex, Surrey’s Steven Davies and Alex Hales for Notts.

Last Thursday 79 wickets fell on day one of this round of matches. That’s an average of just over 11 per match. The fortune of batsmen didn’t improve much of the next three days. Of the 80 innings played by a top-three batsman half of them ended in a single-figure score.

So if Andrew Strauss needs replacing any time soon, for whatever reason, who is the man to partner Alastair Cook? Michael Carberry, Alex Hales, Varun Chopra? None has made an especially persuasive case.

Weather conditions are beyond groundsmen’s control but there’s plenty that isn’t and it will be interesting to see how severe the ECB’s pitch inspectors are this year. Three counties were docked points last year after three penalty-free seasons.

Trying to differentiate between pitch-doctoring and the vagaries of weather and ground conditions seems to me to be extremely tough unless you’re on the groundsman’s case for about a week before a match. It also seems that many seamer-friendly pitches are waved through whereas pitches that turn from early in the game are picked out on the basis that, in England, they must have been manipulated.

So what? The more variety in pitch surfaces the better. There is a danger that as well as scaring off any potential opening batsmen we’re doing our best to kill the spinner. Chris Adams made not very subtle reference to Middlesex’s five-man seam attack at Lord’s.

Of course, conditions change over the summer as the temperature rises but remember this: nine rounds of the County Championship will be completed by the end of May and the final two take place in September.

Cricket might be the summer game but not in the County Championship.

Chinese Grand Prix 2012: Lessons from a thrilling race in Shanghai