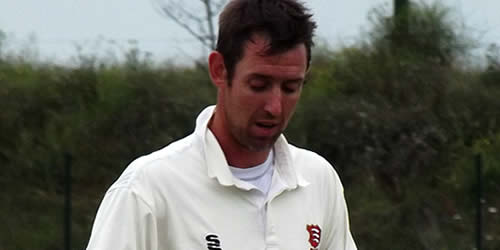 As someone once said, ‘cricket’s a funny old game’. Ask Essex’s seasoned seamer David Masters about his career and he’ll tell you the same thing. There aren’t many professional sports around the globe where a player will hit his peak in his thirties and only then be given the recognition he deserves.

Last year was nothing short of sensational for the 33-year-old. Spearheading a young Essex bowling attack he enjoyed his most prolific season to date, taking 93 first-class wickets at 18.13 with his nagging medium-pacers and earning himself a nomination for the PCA Player of the Year award – which was eventually won by another veteran in the form of Marcus Trescothick.

“If you’d have told me at the start of the season that I’d get 93 wickets, I’d have laughed in your face to be perfectly honest,” says Masters, who now has 476 first-class wickets in a career that featured spells with Kent and Leicestershire before he arrived at Chelmsford. But what makes last season’s achievement even more remarkable is that prior to 2011 his highest season-haul was 53 wickets in 2010.

“I wasn’t doing anything different, it all just seemed to click every time I got the ball. Lots of people have asked me whether I’ll be able to get more wickets this season than I did last year. I’d obviously love to get more than 93 wickets but the reality is that it only happens every now and again.”

He’s not wrong. His tally of 93 last season was the highest first-class haul in 13 years since Andy Caddick took 105 wickets in 1998. But Masters’ achievement comes with a caveat. Like other medium-fast bowlers Tim Murtagh (who took 80 wickets last year) and Tim Linley (73), the Chatham-born bowler claimed his haul using the controversial Tiflex ball, which offered excessive seam and swing during the first 40 overs of an innings. The ECB has moved to address the issue for the 2012 season, however, by reintroducing the Dukes ball to Division Two of the County Championship.

But Tiflex or no Tiflex, Masters remains optimistic. “I’d love to get 100 wickets, that would be magnificent and I’d like to do it with the Dukes ball as well, just to prove a few people wrong. I’m a confident person and I do believe that I could do it again, but I always say that if I can get 50 or 60 wickets then I’ll have had a very good season, so that’s what I look for and if I get any more then it’s a bonus.”

While the Essex batsmen struggled to post competitive scores on a regular basis last term, their bowlers fared much better and the emergence of promising young quicks Tymal Mills and Reece Topley suggested the future is bright at Chelmsford. Masters believes that the two tyros, and the addition of experienced South African bowler Charl Willoughby, will be key to Essex achieving their primary aim of promotion to Division One this season.

“It’s great being a senior bowler in a side that has young bowlers who keep running in and bowling at around 90mph, like Tymal Mills, Reece Topley and Maurice Chambers,” he says. “We’ve also got the three more ‘senior bowlers’, shall we say, who are myself, Charl Willoughby and Napes [Graham Napier], so we’re well balanced now and have a nice mix of youth and experience. We trust ourselves to bowl sides out and hopefully we’ll do that regularly this year.”

With the signing of the 37-year-old Willoughby, Masters is no longer the most senior member of the playing squad, and he is confident of forming a successful partnership with the former Somerset left-armer. “Firstly, he’s a great guy and he’s fitted in straight away. He’s got over 800 first-class wickets so he’s a great role model for our young bowlers. Plus, he’s a few years older than me so that’s always nice! He’s got a bit of a dodgy groin at the moment, which I think could be age catching up with him!”

“But seriously though, it’s quite amazing for him to have played for so long at such a consistent level and I think that reflects his fitness, ability and strong character,” he adds. The same could well be said for Masters.