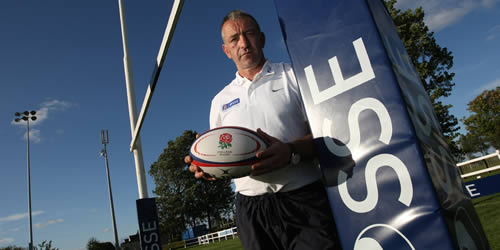 John Bentley has warned his former employers Newcastle that relegation to the Championship this weekend would spell disaster for the Falcons.

Newcastle are teetering on the edge of Aviva Premiership obscurity and face a winner-takes-all clash with cash-strapped Wasps this weekend, needing a bonus-point victory or a winning margin of 24 points to secure top-flight rugby next season.

In previous seasons the relegated Premiership club has bounced back at the first time of asking – Harlequins and Northampton in particular have returned to England’s top-flight stronger for their season in the Championship.

But Bentley, who now works at Leeds in the Championship, has warned Newcastle that the strength of England’s second-tier now dictates promotion to the Premiership is easier said than done with the likes of Cornish Pirates, London Welsh, Leeds and Bristol all equipped to go up.

“In previous seasons it has been a guarantee that the relegated club from the Premiership would immediately earn promotion back at the first time of asking,” said SSE ambassador Bentley. “But not anymore because the Championship is so competitive and that’s why I worry for Newcastle long-term.

“It has been a struggle for Leeds this season after last year’s relegation and obviously we won’t be playing Premiership rugby next season like a lot of people thought we would – that should be a real warning for Newcastle should they suffer relegation.

“It’s not done and dusted yet who will be playing their rugby in the Championship next season but it’s going to take something very special and a pretty extraordinary scoreline for Newcastle to survive and send Wasps done.

“Newcastle has had a great finish to the season but a lot of the damage in terms of results was done in the first half of the year – it will be sad if they’re relegated because they’re a big club with huge potential if they get it right.

“It’s getting harder and harder to get out of the Championships right now with the play-offs and the growing strength of the league – Newcastle would be far from guaranteed an instant return and how long would they sustain it at that level.

“At Leeds we didn’t take the Championship for granted, we knew it was going to be tough and we knew we were going to have a fight on our hands to get out.

“But just how strong it really was still was a bit of a shock and I fear for Newcastle should they get relegated, I really do.”

Newcastle’s current predicament is a far cry to when Bentley was pulling on the Falcons shirt, helping the Falcons to the title in 1998 fresh from his eye-catching performances for the Lions in South Africa.

And ahead of this weekend’s crunch match with Wasps, it is clear to see where Bentley’s loyalties lie.

“Wasps have been a great club for many years and while it would be a sad day if they were to get relegated, my history with Newcastle is strong and so it’s easy to say who I’ll be cheering on,” he added.

“I had a great time in the North East and obviously have a winner’s medal at home for my efforts – I have much affiliation to the Falcons and so I would love to see Newcastle stay up.

“And I think if you look at their current form then they have a real chance of doing that if they play as well as they know they can.

“London Wasps look unable to buy a win presently while at least Newcastle are looking competitive and capable of scoring tries and building pressure.

“Wasps were a great team – you only have to look at their recent silverware return – and it was looking good for them with owner Steve Hayes coming in and investing money to try and get them out of their ground at Wycombe.

“It’s sad it hasn’t worked out because they’re a big club – they’ve recently been crowned champions of Europe. The owner has put a lot of his own money into the club and now he wants out, it’s understandable.

“There are a lot of players going there next season like Tom Palmer, Stephen Jones and James Haskell, and it’s a bit of a mess. Obviously they’re in danger of being relegated but I fear the financial uncertainty could carry on from there.”

John Bentley is an ambassador for SSE Rugby, supporting community rugby clubs in England. Register now on www.sserugby.com to start benefiting from the support and resources on offer, and the chance to win £10,000 of free SSE energy credits for your club