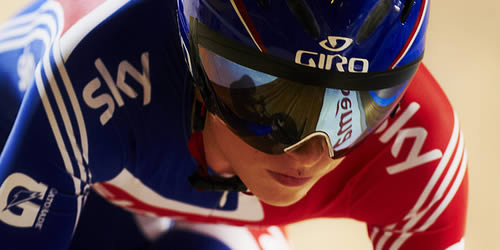 Trott, Dani King and Joanna Rowsell have lowered the world best three times in just a few weeks, carving more than three seconds off the mark in the process.

And after beating hosts Australia to defend their world title in Melbourne, Trott acknowledges the standard has been dramatically set for the London 2012 Olympics.

“We’re in a great position now, we like to lead from the front and we know we are going to get chased now but that doesn’t bother us,” she said.

“We are only going to get faster between now and the Olympics, as we keep working hard together. We really didn’t think we’d be going this quick until August, so it’s really encouraging.

“We didn’t expect such an improvement but we knew we could break the world record again, we just didn’t know by how much and we’re so happy with that result.

“We wanted to beat Australia at home and it sends out a strong message. They’ll be even more determined to beat us at our home now but we’ll be ready.”

Rowsell, a world champion in the event in 2008 and 2009, missed selection for the squad last year after glandular fever and an elbow injury hit her season but now looks the in-form rider.

“It’s been three years since I’ve been a world champion and I so badly wanted that rainbow jersey back,” she said.

“We knew we could go fast, so bring on the Olympics. However, we might need to adjust our targets for London now and have a rethink.

“We learned so much from the test event in London, we’ve changed our strategy a little bit and it’s really paid off.”

Coach Paul Manning, a team pursuit gold medallist in Beijing, did his best to hide his excitement about the performance, considering he continues to stress that all roads lead to London.

And he insisted 2008 Olympic individual pursuit silver medallist Wendy Houvenaghel, the experienced 37-year old overlooked for selection in Melbourne, remained in his thoughts.

“It was exceptional, we’ve never seen them this good in competition and they’ve really delivered it on the big occasion,” he said.

And Friday could be a better day, with the individual pursuit and kilo time trial considered his strongest events before the concluding scratch race.