London 2012: Ennis gold is out of her hands, says Backley 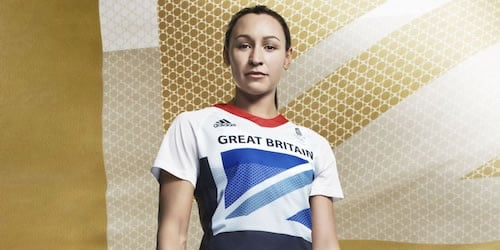 Double Olympic silver medallist Steve Backley believes Jessica Ennis’ dreams of winning London 2012 gold are out of her hands – despite backing the former world champion to overcome her javelin frailties this summer.

But Ennis has insisted she will not press the panic button and has a chance to avenge her two rivals at next month’s IAAF Hypo-Meeting heptathlon in Gotzis, where she bids for a hat-trick of consecutive titles, with Chernova 251 points adrift last year.

However, with the former world youth and junior champion and Olympic bronze medallist Chernova, 24, seemingly past her troubles of stringing together two solid days and reigning Olympic champion Dobrynska apparently back to her best, the difficulty of topping the London 2012 podium has become clearer than ever.

“Jess’s challenge is not going to be Jess. Whether Jess can take gold or not is out of her hands I believe,” said Backley, after joining over 5,000 runners in the National Lottery’s Olympic Park Run, the first competitive action at the new £500m stadium.

“She is a fantastic athlete, she delivers under pressure, she knows how to fight – we saw in Daegu that she puts up a mean fight when things are not going her way.

“But the problem for her is that you have got a young star like Tatyana Chernova and the experienced Nataliya Dobrynska, who we saw in the indoors is always good in Olympic year.

“I just hope things go in her favour. It is going to come down to very small margins though.”

Ennis, 26, defeated Chernova on a head-to-head basis at the 2011 World Championship – winning five out of seven events – but her best javelin throw of 39.95 metres was exactly 13 metres shy of Chernova, costing her 251 points.

It ultimately accounted for her loss – with a final 149 point deficit – with the Russian able to cross the line third and behind winner Ennis in the final 800m event to secure victory.

Yet former javeling world record holder Backley believes it was a vital experience for Ennis to go through – and one that could guide her back to golden glory in four months’ time after some important fine-tuning.

“With javelin, you need both the natural talent and the willingness to work hard on it,” he added.

“Jess has got both, but it is not her most comfortable event and she does it very much by being taught; it is not a flair. So it is a challenge and it needs a bit of work.

“But I have no doubt that is what she has been doing this winter within the hands of her trainer Mick Hill. He will be teaching and coaching her, and hopefully it stands up under pressure.

“You just hope that all she needs to do is make her javelin technique stable enough to get a decent throw in early and then she can build on it.

“She put herself under too much pressure in Daegu, and then that pressure builds. We don’t want to see that.

“When things start going against you and you start getting nervous and you are in a stadium, then your world starts to implode. That happened to her a little but in Daegu.