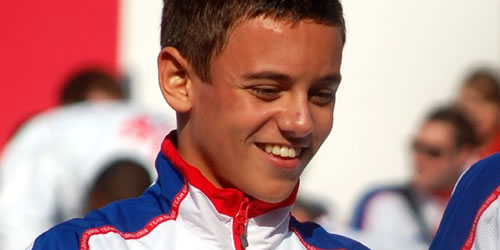 Tom Daley ensured he left lasting impression on his rivals ahead of this summer’s Olympics after scooping gold at the final Fina World Series in Mexico and his second overall title.

Daley competed in the 10m platform fresh from winning the overall 10m synchro title with Peter Waterfield following their bronze on the first day in Tijuana.

And the 17-year-old collected the overall 10m platform crown in perfect fashion, this time winning gold after being awarded a score of 562.85 points in the final.

Much like in the 10m synchro, the overall title is reward for his consistency throughout the four World Series legs this year – Daley travelling to Mexico with three silver medals.

World champion and Daley’s chief rival at this summer’s Olympics Qiu Bo was absent but he still edged American David Boudia and Sascha Klein into second and third respectively.

Daley’s 10m synchro partner Peter Waterfield placed sixth with a score of 526.05 while in the men’s 3m springboard Chris Mears and Nick Robinson-Baker also stood out.

They claimed silver for their first World Series medal as a pair while Britain’s podium rush continued with Tonia Couch and Sarah Barrow in the women’s 10m synchro.

Couch and Barrow battled their way to bronze in Mexico to round off a good outing for the British team at the final World Series meeting of 2012.