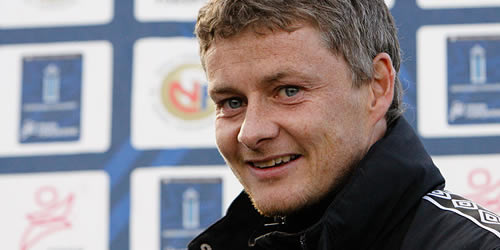 Reports have linked Ole Gunnar Solskjaer to the presumably soon-to-be vacant hot seat at Molineux but the Manchester United legend should stay where he is at Molde FK.

Having previously taken his first steps into coaching with the United reserves after retiring in 2007, Solskjaer led the Norwegian club to the title in his first season in charge to underline his potential.

But the Norwegian should spurn Wolverhampton Wanderers’ advances and concentrate on learning his trade in his home country for the moment, lest he end up like his apparent rival for the Wolves post, Paul Ince.

The former United, Internazionale and Liverpool player appeared to be making a name for himself with managerial spells in the lower divisions at Macclesfield and MK Dons.

And when Blackburn Rovers came calling, Ince jumped at the chance after only two years in management.

His ability was brutally exposed and Ince lasted less than half a season at Ewood Park, and currently finds himself unemployed following a second spell with MK Dons and a brief reign at Notts County.

Solskjaer should take heed of Ince’s plight and hold off on rushing into a top job too soon, for he has plenty of time to hone his craft.

If he keeps improving and learning at this rate then one day the man who scored United’s stoppage time winner in the 1999 Champions League final might just find himself performing more heroics for the club, but this time from the dugout.

Robinson not good enough for England

Paul Robinson demonstrated on Monday night precisely why he is not fit for international football despite ludicrous calls for the Blackburn goalkeeper to end his self-imposed England exile.

There is no doubting that throughout his career, whether it be at Leeds United, Tottenham Hotspur or Blackburn, Robinson’s reactions – especially from close range – have been superb and perhaps the best in the Premier League.

But those spectacular close-range saves are made purely because the ball is within his reach – in other words he doesn’t have to use his feet.

When playing for Tottenham, Robinson would be beaten from outside the penalty box time after time and while at first you wondered if the defence wasn’t doing their job properly or if Spurs were just chronically unlucky, closer inspection exposed the stopper.

Unable to properly shift his way across the goal, Robinson is perennially beaten from distance without the attackers finding the corners and he often gets away with it because the strikes, at first glance, look spectacular.

But Antonio Valencia’s goal on Monday night crossed the line slap, bang in the middle of the goal even if Ashley Young’s effort may have beaten all and sundry.

Run has shown what we’re all about, says Chelsea’s John Terry