Pep Guardiola set to stand down as Barcelona coach 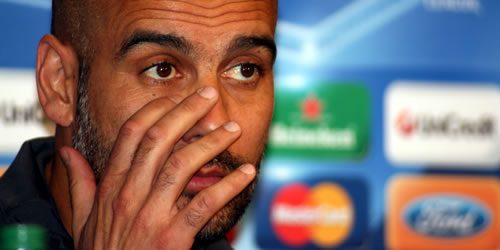 Pep Guardiola took over at Camp Nou in 2008 Photo: The Sport Review

Pep Guardiola will confirm his decision to stand down as Barcelona coach later on Friday after deciding not to sign a new deal with the Catalan club.

The 41-year-old, who has led Barça to 13 trophies since taking the reigns at Camp Nou in 2008, is set to explain his decision at a news conference at 1230BST.

Guardiola’s men were dumped out of the Champions League by Chelsea in midweek, three days after Real Madrid all but clinched the La Liga title with a 2-1 victory at Camp Nou.

It is understood that Guardiola will take a year-long break from the game.

Guardiola spent three hours with Barça president Sandro Rosell on Thursday and informed his players of his decision to quit on Friday morning.

• He also had spells with Brescia, Fabio Capello’s Roma, Al-Ahly in Doha and Mexico’s Dorados de Sinola before ending his playing career in 2006.

• Having coached Barcelona’s B team, became the 15th Catalan-born boss of the senior team in 2008 and won the Champions League, Spanish Liga and Copa del Rey in his first season in charge.

• Success in the 2008-09 final made Guardiola the sixth man to lift the European Cup as a player and a coach. Barcelona followed up with victories in the Spanish and Uefa Super Cups at the start of 2009-10, going on to win the Fifa Club World Cup and retain the Liga title.

• He steered the Azulgrana to a third successive Liga crown and their fourth European Cup in 2010-11.