Picture special: Chelsea and Barcelona gear up for showdown

Chelsea and Barcelona were put through their paces on Tuesday ahead of the two sides’ Champions League semi-final first leg at Stamford Bridge on Wednesday night. 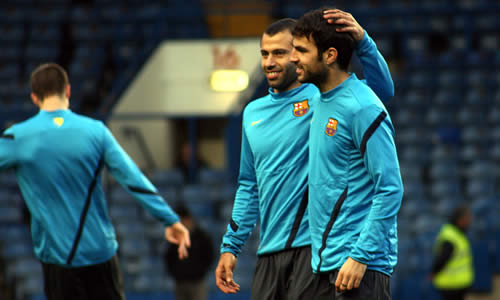 Chelsea have a score to settle when they welcome Barcelona to Stamford Bridge for the first leg of the sides’ semi-final – a rematch of their meeting at this same stage in 2009, when the Blaugrana prevailed on away goals. 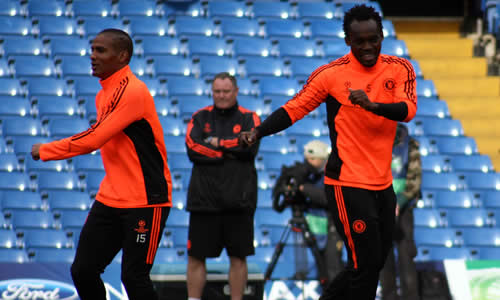 For Barcelona, this is their fifth straight semi-final as they look to become the first team since AC Milan in 1990 to win back-to-back European Cups.

Chelsea are still in pursuit of their first continental crown going into their sixth semi-final in nine years. 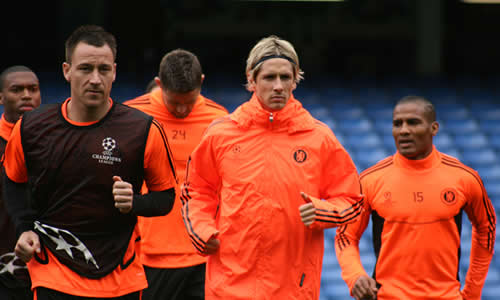 Barcelona will start as favourites but Chelsea have a 100 per cent winning record at home in this term’s competition and are unbeaten in the clubs’ last five encounters. 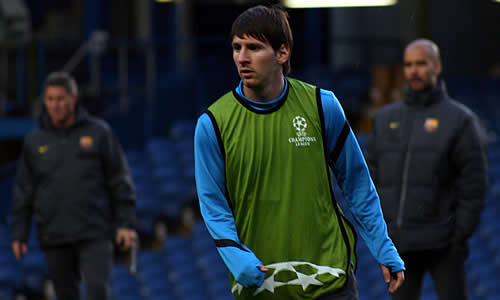 The teams have faced each other ten times in Uefa competition with three wins apiece and four draws. They last met on a night of high drama at Stamford Bridge on 6 May 2009.

After a goalless first leg in the semi-final, Michael Essien gave Chelsea a ninth-minute lead in the return and Barcelona then lost Éric Abidal to a red card. However, Andres Iniesta’s added-time equaliser sent the Spanish side through. 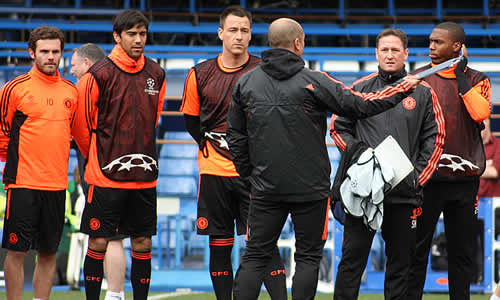 Chelsea have been in irresistible form at home in Europe this season, recording five straight victories with 16 goals scored and just two conceded, but face their toughest test yet against Barcelona.

The visitors posted four straight wins, scoring 15 times, prior to their 0-0 draw at AC Milan in the quarter-final first leg.