Sir Alex Ferguson: I’ve had a word with Ashley Young over ‘dive’ 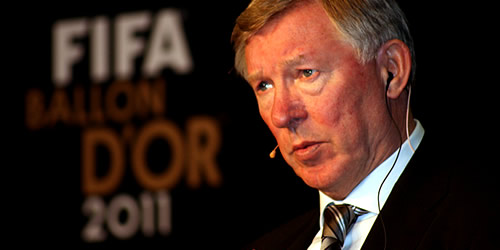 Sir Alex Ferguson admits he has “had a word” with Ashley Young after the England winger won a controversial penalty against Aston Villa at Old Trafford last weekend.

Young was widely criticised for going down too easily under a challenge by Ciaran Clark in the penalty area, just days after the attacker won a spot-kick against Queens Park Rangers.

Ferguson, whose side host Everton on Sunday lunchtime looking to move eight points clear of Manchester City at the top of the table, is still convinced referee Mark Halsey made the right decision in pointing to the spot last weekend.

However, the United boss admits Young “overdid it” and has since discussed the incident with the player.

“If [Clark] doesn’t bring him down Ashley’s going to score,” Ferguson told a news conference on Friday. “It was a clear goalscoring opportunity and he did catch him.

“I’m not sure Ashley tried to get the penalty kick but he certainly went down quickly. I’ve had a word with Ashley and he understands where we’re coming from. Hopefully it makes a difference.”

Ferguson feels Young has been unfairly made a scapegoat after Sunday’s incident. He added: “I watched Real Madrid v Bayern Munich and it was absolutely ridiculous. Players diving, rolling about.

“[It was far worse than] what Young’s been accused of and the way the press have reacted because it’s Manchester United. There’s no doubt about that.

“You also saw it again the other night in the Chelsea v Barcelona game. We’re in an age where you’re almost expecting it now.

“You get bad decisions and you get good decisions. It evens itself out, believe me. It’s the same for everybody.

“We didn’t get [a penalty kick] against Wigan last week but we didn’t scream from the rooftops about it. We realise it happens.

“We got a penalty kick against us when we played Newcastle which was never a penalty kick. We had an apology from Mike Riley for that.”