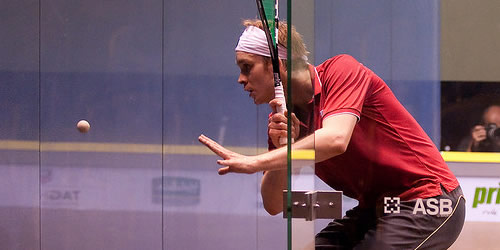 The Allam British Open Squash Championships start at London’s O2 Arena as the sport’s most famous name returns to the calendar after a two-year absence on Monday.

The fourth PSA World Series event of 2012 sees the best male and female players arrive in London for the resurrection of an event whose hiatus was caused through a lack of sponsorship.

World No1 James Willstrop is top seed of the 82-year-old tournament, whose future now looks assured thanks to the investment of title sponsor and Hull City chairman Dr Assem Allam.

Willstrop is a three-time British Open runner-up and would love to see his name etched on the historic trophy, but he will first have to negotiate a mouth-watering semi-final against Egyptian wizard Ramy Ashour before a possible final showdown with French second-seed Gregory Gaultier.

Gaultier is set for a semi-final against double world champion Nick Matthew who will be looking for a much-improved performance following his 3-1 loss to Ashour in the last four at El Gouna.

Matthew, a two-time winner of the British Open and the reigning champion, rose to world number two at the start of May but has his sights set on returning to the top of the rankings, where he spent all of 2011.

Also lurking in the draw are Egypt’s four-time world champion Amr Shabana and home favourite Peter Barker from Essex who will both be looking to upset the odds.

Barker’s Essex team mate Daryl Selby, who won last month’s Grasshopper Cup in Switzerland, has the toughest draw of any of the world’s top ten as the England number four will meet Ashour in the first round.

The women’s event has a star-studded draw featuring all of the top ten players in the world, though few would bet against Malaysia’s Nicol David winning her fourth British Open title.

David has now topped the rankings for 70 consecutive months, and 73 in total, and her biggest challenge at the O2 will come from the British Isles.

England’s world number two and second seed Jenny Duncalf lost to David in the 2008 final but needs to rediscover her form after a shock first-round exit to 16-year-old Egyptian Nour el Sherbini at the KL Open in March.

Third seed Laura Massaro from England, who recently dropped one place in the world rankings to four, will hope for a better performance following a quarter-final exit at the KL Open and a loss in the semi-final of April’s Irish Open.

Her defeat that day came at the hands of a revitalised Alison Waters, the former world number three, who capped a remarkable comeback from injury to take the Irish Open title, following wins at the Granite Club Open and the Atwater Cup.

London-born Waters is a wild card at the O2 after dropping down as low as 43 in the world following almost 18 months out with tendonitis that resulted in surgery to remove a bone spur.

But she looks to be back to her best after backing up her win over Massaro with a victory over current world number three Madeleine Perry from Ireland.

Perry lost to David in the final of the last British Open in 2009 but has since then established herself as a regular member of the world’s top four.