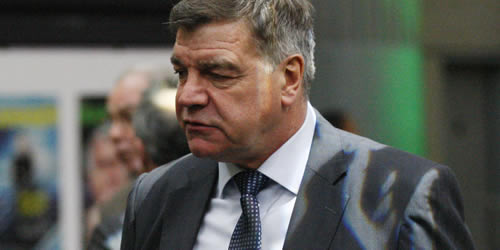 West Ham returned to the top flight at the first time of asking Action Images, courtesy of the LMA

Sam Allardyce admitted leading West Ham United back into the Premier League means “everything” after Ricardo Vaz Te scored a dramatic winner to beat Blackpool 2-1 in the Championship play-off final at Wembley.

However, Ian Holloway’s side immediately responded after the break with Thomas Ince, son of former Hammers midfielder Paul, restoring parity.

But with the final looking to be heading into extra-time, Vaz Te capitalised on confusion in the Tangerines’ defence to lift his effort over Gilks and send West Ham back into the top flight with three minutes to play.

“This means everything to me,” said Allardyce. “I’ve been in the Premier League for 10 years or so and I wanted to come and experience a successful season.

“It was very difficult at the start to turn the club around after the relegation but we turned it around and we came good right at the very end – not quite good enough to get automatic promotion.”

Allardyce’s side missed out on automatic promotion by four points, with Reading and Southampton finishing ahead of the Hammers in the Championship table.

The 57-year-old admitted West Ham’s failure to score late goals has been a source of frustration for the club’s owners David Gold and David Sullivan, and the former Bolton Wanderers boss was delighted to see that change in such a huge game.

“There were lots of chances for both teams and we managed to swing it right at the death,” Allardyce added.

“All season David Sullivan was saying to me, ‘why don’t we ever win a game in the last minute?’, and now we’ve done it. So I’m sure him and David Gold will be very, very happy.”