What did we learn from England's nine-wicket victory over West Indies in the second Test at Trent Bridge to wrap up the series? 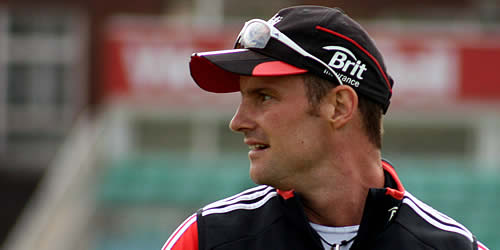 Strauss has a selection headache

Just when there were question marks hanging over a number of the England players’ heads, they seemed to emphatically answer their critics. Captain Andrew Strauss answered his critics at Lord’s with a belligerent century, and bowling all-rounder Tim Bresnan has given Strauss a welcome team selection headache. With pace trio Steve Finn, Graham Onions and Chris Tremlett – the latter who is recovering from injury – all breathing down the Yorkshireman’s neck, he picked up the man of the match award after taking eight wickets and weighing in with an invaluable 39 not out in the second Test. It would seem harsh to drop Bresnan after such a solid performance but England have a long summer of Test and one-day cricket ahead of them and juggling the bowling attack could be key. Also, Bresnan has the lucky charm – 13 wins in 13 Tests. Surely cricketers would not be swayed by superstition?

Bairstow needs to learn to play the short ball – and quick!

If Jonny Bairstow’s debut at Lord’s was considered a success then his second international cap at Trent Bridge raised one huge talking point. Can the Yorkshireman deal with short-pitched bowling? On Sunday afternoon, under glorious Nottingham sunshine, Kemar Roach gave the young batsman a thorough ‘going over’ in which he failed to deal with short pitched bowling and was soon caught limply at mid-on, trying to fend off a rising delivery. Despite vocal support from within the camp, it is obvious that batting coach Graham Gooch has a situation to address regarding Bairstow. The 22-year-old’s uncomfortable reaction to Roach’s examination will not have gone unnoticed by the South African camp. Luckily for Bairstow he will be given a second chance as he is playing in a winning-side against West Indies, but that may not be the case though once the Proteas touch down.

Chanderpaul must bat at three

Shivnarine Chanderpaul is not a fan of batting at three, but for the sake of the side it is essential that he does. The West Indies currently have one of the worst batting top four in world cricket and it is spoiling their bowlers’ hard work. What makes the diminutive Guyanan’s omission from that spot all the more striking is that coming in at number five, he is effectively batting their anyway. So far this series, when he has walked to the middle the West Indies average score has been 45. Compare this to England’s actual number three, Jonathan Trott, who has headed down the pavilion steps when the average total has been 47. Chanderpaul’s presence could give support to the talented, yet young, opening batsman Adrian Barath while elevating the pressure on current number three Kirk Edwards.

It takes more than talent to play Test cricket

When Darren Sammy brought up his first Test century with a mistimed shot over the slips at Trent Bridge, few people in the ground begrudged him. The West Indies captain has dealt with the volatile internal politics of West Indian cricket while constantly having his place in the team questioned from all sides. His century in Nottingham demonstrated an iron-will to succeed in the face of intense pressure as his team was on the verge of an embarrassing first innings collapse – he had won the toss and elected to bat. Putting on a partnership of over 200 with Marlon Samuels for the seventh wicket, the 28-year-old showed that at the top level it is as much about heart and desire as it is raw talent.

Samuels shows that this England attack can be bullied

The West Indies top run scorer so far in this series was in fine form with the bat during the second Test. On the fourth and final day, he reportedly told the England fielders to keep quiet because he was going to score his second century of the game. Unfortunately, for the 31-year-old Jamaican, he ran out of partners and finished on 76 not out, within 24 runs of succeeding in his boast. However, in doing so he made a mockery of Graeme Swann – lofting England’s spinner back over his head for two huge sixes in one over, with bravado reminiscent of some to the great West Indians of the past. Samuels currently averages over 100 for the series and England’s pace trio of James Anderson, Stuart Broad and Bresnan will be scratching their heads as to how to stop him plundering more runs in the final Test at Edgbaston next week.