The Windies may not be the draw they once were, but Rohan Kallicharan says there is room for cautious optimism 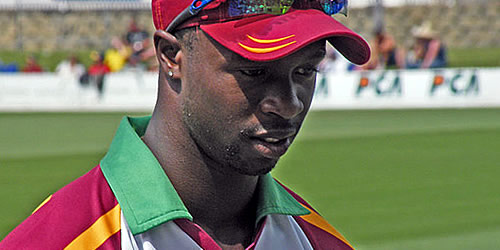 When the West Indies famously ‘blackwashed’ England in 1984, their tour was accompanied by a 7” single, released by Island Records, entitled The West Indies Are Back In Town.

Sung to the tune of Jamaica Farewell, the first verse described the Windies as “the cricket team English men fear and dread”. In truth, while the fear was very real, the respect and admiration was just as strong.

In that era, the West Indies were the greatest show on earth, filling English stadiums in a way that even Ashes tours could not. Defeat was more or less an inevitability for opposition supporters, but passing up the opportunity to see this world-beating side in the flesh was not an option for dedicated cricket fans.

Twenty-eight years on from that famous tour, things are of course very different. Much like a 15-year-old may wonder what the fuss is all about when it comes to Liverpool FC, or question why so many rate Bjorn Borg as the greatest tennis player ever, we are entering an era where young cricket supporters have nothing more than history through which to relate to the glory days of West Indian cricket. The West Indies are no longer prime-time or box-office attractions; they are the sideshow to the summer’s main event, when the South Africans arrive in July.

Statistics rarely lie and of their eight Test matches this winter the West Indies won just once, and lost on four occasions. In their last two series they lost 2-0 in India and 2-0 at home against Australia. This does not inspire too much confidence as they prepare to take on the world’s top ranked side in their own backyard.

Yet, as someone who has been very critical of both players and administration during recent years, I am as encouraged about West Indian cricket as I have been for some time. One should not underestimate the shambolic mess that Ottis Gibson inherited in early 2010, when he was appointed to the position of head coach. Poor early results hardly endeared him to an already impatient public, but he has remained focused on the task at hand and been determined in his desire to instil a professional mindset in the side.

That process has seen experienced players such as Chris Gayle, Ramnaresh Sarwan and Dwayne Bravo fall by the wayside as Gibson focuses on developing a young side with Darren Sammy at the helm. However, the recent Australia series highlighted problems at the top of the order that England’s star-studded attack will surely seize upon.

The top three has been a constantly revolving door with Kirk Edwards, Adrian Barath, Kraigg Brathwaite and Kieran Powell all showing glimpses of potential without producing the level of consistency required for Test match cricket. Darren Bravo, meanwhile, appears to be finding the weight of runs to match his undoubted talent. All of these youngsters will look to the senior citizen Shivnarine Chanderpaul to take the lead and he remains the foundation upon which the batting line-up is built. The return of Marlon Samuels should add an element of stability to the middle-order, leaving the uncapped Assad Fudadin – a talented left-hander from Guyana – and Narsingh Deonarine to fight for the remaining batting slot.

Talking of revolving doors, the dropped Carlton Baugh and recalled Dinesh Ramdin continue to juggle the hot potato at wicketkeeper, and both unfortunately often continue to juggle the ball when it comes near them. Ramdin is a stylish batsman who has really not fulfilled his potential, and this may be his last opportunity to do so.

The bowling looks in much better shape for the tourists. In Kemar Roach and Fidel Edwards there is genuine pace and fire, and if they can get their lengths right, England’s top-order will have their hands full. If he finds his rhythm, Roach is as quick as there is in the game today and Edwards, although inconsistent at times, seems to have found maturity with age. Whilst Ravi Rampaul’s Test figures do not flatter him, he is the bowler who could really flourish in English conditions. The improvement in attitude, stamina and discipline has been clear to see, and he can move the ball both ways at decent pace.

Many have been surprised by the omission of Devendra Bishoo, but his game has regressed over the last few months and he will benefit from some time away from the international scene to develop more flight and change of pace in his bowling. In the meantime, Shane Shillingford has grasped his opportunity with both hands, although he is unlikely to find too much help in conditions that are expected to be seamer-friendly. This bowling attack is a far cry from that under Captain Clive, but it represents the tourists’ best hope of winning.

The one person I have yet to really mention is Darren Sammy, the captain. I really admire the way that the young man has gone about leading this side, and improving his own game. Captains have to be credible, and there have been times when his place in the team has come under scrutiny. He needs to ensure that he keeps on working on all areas of his game because there will come a time soon when Andre Russell simply has to be selected. The young Jamaican is the most talented all-round cricketer to emerge from the islands in a long time, and his Test opportunity must be around the corner.

In truth, I see England having a little too much firepower for the West Indies. They have the nous and experience to win the key sessions and moments, much like Australia and India did in the Windies’ last two series. However, with one exception, the West Indies have been competitive in every match during that period, and I expect that trend to continue here in England.