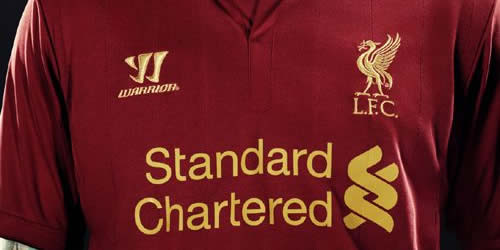 Liverpool’s new home shirt has been criticised by a number of families of those killed in the Hillsborough disaster for the placement of the symbol honouring the dead.

The Reds launched their new strip, designed by American sportswear firm Warrior, on Friday but the Hillsborough Justice Campaign has criticised Liverpool’s failure to consult them about the moving of the two Justice flames to the back of the shirt.

A HJC statement read: “We have noted that the Hillsborough flames and ’96’ will now appear on the back of the shirt ‘after consultation with family members’.

“We can confirm that no bereaved families of the HJC were contacted or consulted. The first we were aware of this was via the minutes of the Supporters’ Committee March meeting. Once again LFC has chosen to ignore the HJC and their families.

“The continued refusal of the club to acknowledge the HJC is insensitive, divisive and deplorable – 96 is more than a number. LFC would do well to remember that.”

However, Liverpool have defended the design and revealed that the Hillsborough Family Support Group (HFSG), the first association to be set up after the disaster, were consulted about the design.

“The club consulted with the HFSG committee and shared a number of alternative designs which were considered,” said a Liverpool spokesman.

“The committee selected a design, which includes the number 96 to recognise those who lost their lives. Nobody has more respect for the 96 and their families than this football club.”

NathanRobinson (@_nathanr_) said: “I actually like Liverpool’s new kit because they seem to have took it back to basics #nicekit”

Adrian Back (@AidyBack) said: “Well done to Liverpool’s new kit manufacturer Warrior Sports for a cracking new home shirt. It’s a beauty. Nice touch on the back as well.”

QPR’s Mark Hughes: We have to capitalise on Man City edginess