Multi-award winners Coldplay will play the closing ceremony of the London 2012 Paralympics, organisers have announced 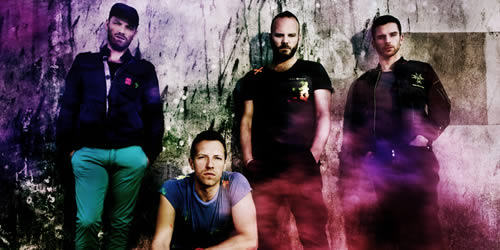 Coldplay will play the closing ceremony of the London 2012 Paralympics Photo: Locog/Getty Images

Coldplay will bring the curtain down on the London 2012 Paralympics, organisers have announced.

With almost 100 days to go until the start of the Games, tickets will go on general sale on Monday as Seb Coe’s Locog look to deliver on their promise of a sold out event.

One million tickets were snapped up last year but another million will be available, starting at just £10, across all sports.

The closing ceremony, which is being masterminded by Kim Gavin, will be called the ‘Festival of Flame’ and will be the final act in the £9.3bn 2012 project that has been almost ten years in the making.

And multi-award winning Coldplay, with over 55 million records sold worldwide, will be the star act.

“Being asked to play at the closing celebrations for the Paralympic athletes in London is a great honour for us,” said Coldplay front man Chris Martin.

“It will be a spectacular closing ceremony for the athletes and spectators in the stadium and everyone watching around the world and we’re so happy to be involved.

“It will be one of the biggest nights in our lives and we’re very excited to try and create a performance for the last night of the Games that will close London 2012 in style.”

This year’s Paralympics – with 4,200 athletes from 165 countries – will be the biggest ever and International Paralympic Committee president Sir Philip Craven has high hopes organisers will set a new standard.

“I’m increasingly confident that they may be the best Games ever, even surpassing Beijing, which I didn’t think was possible,” he said.

“Athletes are delivering record breaking performances on a regular basis and ticket sales are the best yet, so far out from the Games.

“Add Coldplay into that mix Cand I think the ingredients for there best ever Games are coming together.”