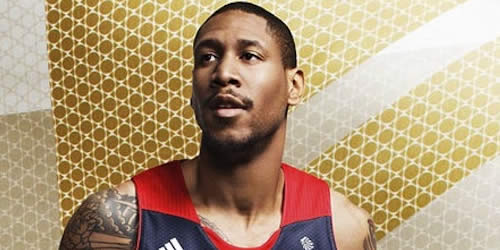 Great Britain basketball captain Drew Sullivan admits the prospect of leading his country out at the Olympics has him lost for words after the draw for London 2012 made the Games feel ever closer.

Having been born and raised in London before moving to New Jersey to further his career, Sullivan is relishing the opportunity to lead out Britain when the basketball competition at the Games gets underway on 29 July.

Sullivan has been an integral figure since being appointed captain following the national team’s formation in 2006 with Britain set to compete at an Olympics for the first time since the Games were last in London in 1948.

And with six years of blood, sweat and tears to be put to the test at the London 2012 Olympics in just over three months time Sullivan insists he is unable to describe the prospect of finally fulfilling his dream.

“It’s hard to try to express how I’m feeling,” said Sullivan – who plays for the Leicester Riders in the British Basketball League.

“We are nearly three months away from my dream becoming a reality. I wish I could think of a good way to put it.

“It is definitely going to be the most important event I have ever taken part in from a professional standpoint.

“The opportunity to compete against other countries, regardless of where it is, is always a big honour for me.

“But to do it at the Olympics in the city I was born in and at a stadium 20 minutes away from where I lived for large parts of my life is going to be phenomenal.

“I try and imagine what it will be like but my imagination is so far away from what the reality is. Competing in the Olympics is as prestigious as it gets.

“This is just the perfect opportunity to prove that British basketball is going in the right direction.”

Chris Finch’s men avoided defending Olympic champions America in the draw but with Spain, ranked second in the world, and Australia and China also in the top ten and in their group, Britain’s path to the knockout stages will be far from easy.

But Sullivan insists his team haven’t altered their aim from day one and will be prepared to take on whoever they face in the capital.

“Regardless of who we are going to be playing against we are hoping to qualify from our group,” added Sullivan.

“That was our goal before the draw was made and it remains our goal now. Avoiding the USA doesn’t make a difference.

“We are going to approach it in a business-like manner. We are going out there to beat as many teams as we can in our group.

“I am sure Chris will do his homework on all of our opponents. He is tireless when it comes to his approach to the job.

“The good thing is we have some players who are bringing a lot of experience, and some who are a lot younger. It is a really good mix and it is the perfect way to do it.”

While they might not be squaring off in the groups stages at the Olympics, Britain will take on the USA at the MEN Arena on July 19 in preparation for the Games.

And, although their opponents have lost star players Derrick Rose, Dwight Howard, Chauncey Billups and LaMarcus Aldridge to injury, Sullivan insists it will still be a major test ahead of the summer.

“They might be missing a few players but you have just got to have a look at who they have in reserve,” added Sullivan. “Their strength in depth is incredible.

“We understand it is going to be an uphill battle, but obviously our goal is to go into the game and try to win it.”