London 2012: Kelly Sotherton retires due to back problem 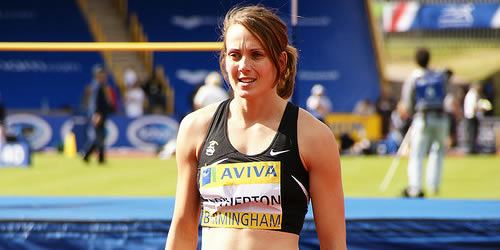 Kelly Sotherton has retired from athletics after conceding her ambitious bid to qualify for a third consecutive Olympic team was doomed to failure.

Sotherton won Olympic heptathlon bronze in 2004 but quit the multi-event discipline after Beijing to focus on the 400m.

After failing to make last year’s world championships she was dropped from lottery funding but the 35-year-old claimed she was determined to still make the London 2012 Games after returning to heptathlon.

But she pulled out of her first competition for nearly four years in Italy earlier this month after breaking down during the fourth event, the 200m.

“I’m heartbroken if I’m honest but I’m looking forward to the new challenges that lie ahead,” said Sotherton, who underwent surgery for back problems that have blighted her recent career last week.

“After losing my funding at the end of the 2011 season, having been forced to concentrate on the 400m for a year because of injury, I decided if I was going to do this myself then I would have one final shot at my first love – the heptathlon – and really go for the chance to compete at a home Olympics.

“Sadly it wasn’t meant to be and the body didn’t quite hold out long enough for me.”

In addition to her Olympic bronze, Sotherton also won the Commonwealth Games title in 2006 and bronze at the World Championships in Osaka one year later. She finished fifth in Beijing but was later upgraded to fourth when Lyudmyla Blonska, the silver medallist, failed a doping test.

She was also successful indoors, winning world pentathlon silver in 2008 and finishing second at the European Indoor Championships in 2005 and 2007.

“I’m so proud to have represented my country and to have won an Olympic medal, among other accolades, and am grateful to all the support I have received over the years from those around me,” she added.

“It’s a really exciting time for sport in this country so I’m looking forward to enjoying it over the next few months.”