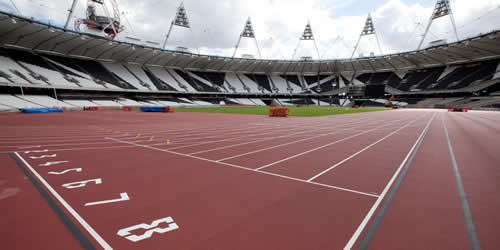 Get set, go: Remaining tickets for London 2012 are set to go on sale next week Photo: Locog/Getty Images

It’s the hottest and fastest ticket in sport – the men’s 100m final at the London 2012 Olympics – and those that remained took just minutes to be snapped up.

London 2012 organisers, reeling from criticism of how they handled initial ticketing arrangements, made special provision for an estimated 20,000 people – who missed out in the first and second sales windows – to get access to nearly one million contingency seats across all sports from 1100BST on Friday morning.

It was estimated that of the 47,000 athletics tickets back on sale, less than 5,000 were still available for the showpiece event of the Games on 4 August.

However, those requesting just two seats at the highest possible price point, just two minutes after the resale window opened, were told there was no availability.

With just a few thousand accessing the London 2012 ticket website, which is run by their under-fire partner Ticketmaster, there were no problems with a surge in traffic, which saw the site buckle and groan under the weight of demand last year.

But there did appear a few problems with the mechanics of the site, with some reporting they struggled to request tickets and then access their shopping basket to check out with them.

However, the view of the overwhelming majority seemed to be one of relief they had finally secured their prized seats, which will be good news for London 2012 organisers, with chairman Seb Coe claiming everything would be done to help those who had previously missed out.

On Sunday organisers will open a five-day sales window for those who failed in last year’s initial ballot, an estimated one million people, with different sports sold on each day.

If any of 928,000 tickets remain after this period they will go on general sale at a later date.