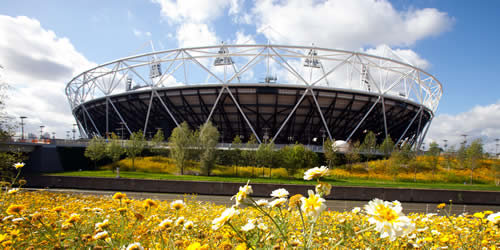 Around 20,00 people were left ticketless after the first and second sales last year Locog/Getty Images

London 2012 have announced details of the third phase of Olympic ticketing – with those who missed out in previous rounds set to get the pick of tickets.

It is estimated that 20,000 people failed to achieve any of their selections in last year’s first and second sales windows and they will get 31 hours to pick from nearly one million contingency tickets that are being released across all sports and the opening and closing ceremony.

They will be restricted to applying for up to four tickets for one session only and seats will be awarded on a first-come, first served basis from 1100BST on 11 May. Those that qualify will receive an email today explaining the next step.

It means the big losers last year could be big winners in 2012 – with seats available for a large number of marquee events, including the men’s 100m final, cycling finals and ceremonies.

Organisers will then open a five-day sales window for those who failed in last year’s initial ballot, an estimated one million people, with different sports sold on each day.

If any of 928,000 tickets remain after this period they will go on general sale at a later date.

“We know thousands of sports fans were disappointed when they missed out in the initial sales period because of the massive demand for tickets,” said London 2012 chairman Seb Coe.

“We promised we would prioritise these fans when we released the contingency tickets, which is exactly what we are doing.”

Locog also plan to sell the initial phase of 70,000 Olympic Park tickets, priced at £10, during this period, although more are expected to be available closer to Games time.

This ticket will get you access to Park to watch events on a big screen, an area already being dubbed Hoy Hill.

11 May from 11am to 6pm on 12 May, tickets will be on sale for that group of 20,000 people in an exclusive pre-sale. There will be tickets for all events apart from Olympic Park tickets. Limited tickets for Opening and Closing Ceremonies will be included.

13 May – from 11am – Hockey, Tennis, Wrestling (Freestyle), Wrestling (Greco-Roman), Beach Volleyball and Football