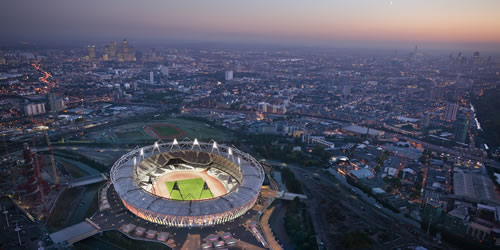 London’s new Olympic Park will get its final workout ahead of this summer’s Games as organisers stage their biggest rehearsal yet.

The Olympic Stadium, which is staging a student athletics event, will also be formally opened on Saturday to mark 2012 hours to go until the opening ceremony.

Next week the Olympic Park will also play host to the final day of the Sainsbury’s 2012 School Games for 1,600 school-aged elite athletes in four different venues watched by around 35,000 spectators.

“We are now in the final stages of the testing programme. Testing the Olympic Park and its operations is a hugely important part of our plans,” said London 2012 chairman Seb Coe.

“Over the last ten months, over 250,000 spectators have watched world-class sport as part of the ‘London Prepares series’ test event programme, and, in doing so, every one of them is helping us deliver the best possible Games this summer.”

After this week’s events conclude, organisers will continue extensive work on temporary buildings while landscaping and dressing the Park with flags and banners will continue right up until Games time.

“When this final group of events is delivered we will have carried out 42 test events in 12 months, across 28 venues, which is one of the most comprehensive testing programmes for an Olympic and Paralympic Games,” said Locog sports director Debbie Jevans.

“The coming days are the big final test of our Olympic Park operations and sporting venues and also our workforce, who have been excellent throughout all of the events.”