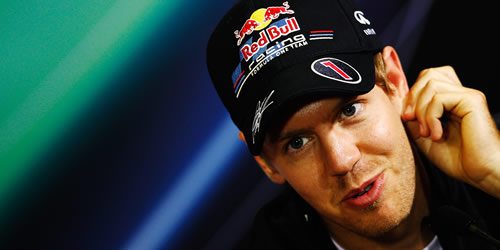 Defending world champion Sebastian Vettel will look to win in Barcelona for the second successive year as Formula 1 returns to Europe this weekend for the Spanish Grand Prix.

The closest start to the season in many years has produced four different winners in as many races and there is no indication that this weekend’s Grand Prix will have a clear-cut winner.

Red Bull will take heart from their first win of the season in Bahrain thanks to Vettel’s superb victory, where the German led home from the Lotus pair of Kimi Raikonnen and Romain Grosjean.

The double world champion leads the drivers’ standings from Lewis Hamilton by four points, despite the McLaren driver not yet winning a race this year.

Vettel’s victory helped propel Red Bull to the top of the constructor’s standings, with 101 points – nine ahead of McLaren, with Lotus surprisingly in third.

This is the first race since the three-day test in Mugello, which all teams except HRT took part in. Ferrari in particular saw an improvement in their performance, and there was continued quick pace shown by Lotus and Sauber.

Last year, Sebastian Vettel secured his first Spanish victory ahead of the McLarens of Hamilton and Jenson Button, after Mark Webber started on pole before finishing fourth.