We will return stronger next year, insists Ulster’s Rory Best 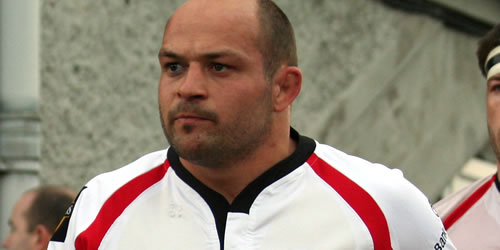 Ulster and Ireland hooker Rory Best insists his side will return stronger for the experience after being put to the sword by Leinster in the Heineken Cup final at Twickenham on Saturday.

Best, who started all five games for Ireland in this year’s Six Nations, came into the final as part of the underdog Ulster side.

But despite an attempted fight-back after half-time Brian McLaughlin’s men never really got close to an inspired Leinster side who ran out 42-14 victors.

And the 29-year-old 59-cap man admitted that watching some of his international team-mates lift the trophy had been a tough but necessary experience for his side.

“It was heartbreaking watching Leinster lift the trophy but that is what you learn from,” Best said.

“You have to watch that and that has to drive you for next year.

“Defeats like this and watching Leinster lift the trophy has to be in our minds now for the next 12 months.

“We can’t pat ourselves on the back for being in the Heineken Cup final when four years ago you thought you were never going to get out of the group. You have to aim to win when you’re in the final.”