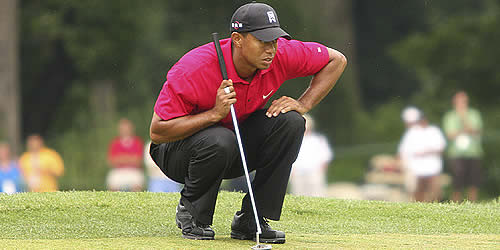 Rory McIlroy has the opportunity to regain the world No1 spot from Luke Donald if the Northern Irishman turns in a top-seven performance at the Wells Fargo Championship at Quail Hollow.

Mcilroy will be confident going into the week as the North Carolina course was the site of his first PGA Tour win in 2010 after firing a final-round 62 to beat Phil Mickelson by four shots.

The 22-year-old tweeted: “Just arrived in Charlotte. One of my favourite weeks of the year! First PGA tour win back in 2010 so great memories on a great golf course!”

Mcilroy’s chances are improved by the fact that current world No1 Donald is not playing this week.

However, Mcilroy will be competing in a stellar field consisting of Tiger Woods, Mickelson, Rickie Fowler and Hunter Mahan, who is looking to add a third win to his season.

Woods has been making his own news this week after refusing to speak to the media, choosing instead to answer questions from fans through a video on his own website.

Fans asked the former world No1 questions through Facebook and Twitter and Woods answered 19 of them in a 15-minute video.

Masters champion Bubba Watson will be absent for the week after withdrawing from the tournament due to family reasons. Graeme McDowell has also withdrawn due to ill health.