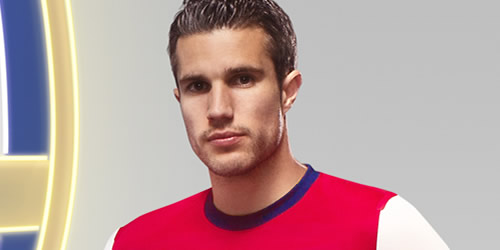 Robin van Persie could quit Arsenal if he wants a big-money move to another club this summer, Gunners chairman Peter Hill-Wood has warned.

Speculation over the 28-year-old’s future has been rife, with one year left on his current deal after the Dutch striker won the Premier League golden boot with 30 Premier League goals last term.

Arsenal and Van Persie have already held discussions about extending the captain’s contract at The Emirates, with further talks scheduled for after Euro 2012.

“He is vital to us and has been an extremely good captain,” Hill-Wood told the Sunday Mirror.

“But if somebody comes along and offers Robin £250,000 a week then I am afraid we cannot compete with that.

“With players, you never know what they are going to do.

“Some players say they want silverware but when they have the chance to earn extraordinary money that has been pumped into the game, then you just have to hope they will stay because they are happy and loyal where they are.

“There are players like Ryan Giggs and Paul Scholes at Manchester United who have been loyal to one club but players like that are few and far between.

“Hopefully we can reach agreement with Robin and ideally he will extend his contract.

“We have already brought in one new player in Lukas Podolski and I believe we will bring in more. I am confident we will, in fact.

“I just hope that Robin will be with us next season because I genuinely feel we can make a real challenge for the Premier League title.

“We had an atrocious start to last season but we recovered to finish third which was a marvellous achievement when you look at the problems that we had with injuries.”