‘Brendan Rodgers can take Liverpool back to top of English football’ 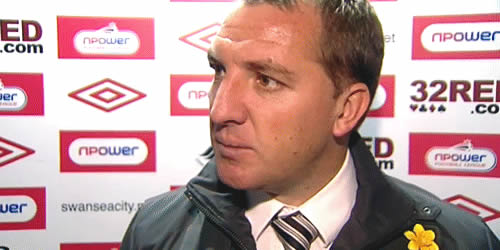 Liverpool chairman Tom Werner believes Brendan Rodgers can establish the Reds as the best team in England after the former Swansea manager was unveiled as Kenny Dalglish’s successor on Friday.

The 39-year-old takes charge at Anfield following a lengthy selection process carried out by the club’s owners Fenway Sports Group, with Frank De Boer and Roberto Martínez among the names linked with the position.

But Werner is convinced Rodgers, who signed a three-year deal at Merseyside outfit, can help Liverpool move back to the top of British and European football by implementing an attractive style of play which the club’s supporters crave.

“When we came in our goal was to be the best team in England, not just the top four, to compete with the best teams in Europe,” said Werner.

“We believe that Brendan’s philosophy and his tactics will bring us there.

“We have no set target for when to do that, we’ve always looked for slow and measured improvement and we believe that we will be more successful going forward, not just this year but in the future.”

Rodgers replaces Dalglish at the Anfield helm after the 61-year-old led Liverpool to a disappointing eighth-place finish in the Premier League.

The three-time European Cup winner was given 18 months to turn the club around before he was dismissed – but Werner insists the Reds’ new boss will be given time to change Liverpool’s ailing fortunes.

“We have great confidence in Brendan,” he added.

“We don’t expect immediate results overnight we expect steady improvement. He is going to be implementing a new tact for the team.

“It may take a little time to implement that but we are very confident that he will bring us the success that we all are looking for.”