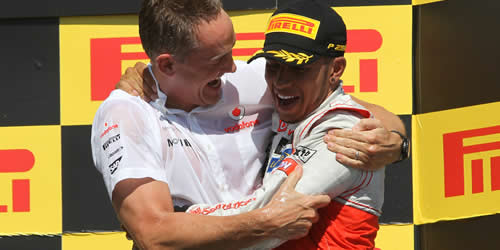 Lewis Hamilton reflected on an “incredible” Canadian Grand Prix after the McLaren driver became the seventh different winner in as many races this season.

Hamilton produced a stunning drive to finish ahead of Romain Grosjean of Lotus and Sauber’s Sergio Perez and move to the top of the drivers’ standings with his first win of 2012.

“That was one of the most enjoyable races I’ve had until now,” said Hamilton, who sealed his maiden victory at the same track five years ago. 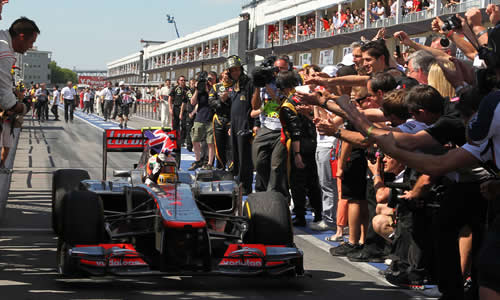 “I was just thinking that to finish at the front, as I did five years ago, would be very, very special for me – and it has been.

“I couldn’t believe it when I crossed the line – a feeling inside like an explosion. It was really just incredible.

“That’s what I love about racing, and if I continue to have this feeling for many, many years, then hopefully I’ll be here for a long, long time.

“It’s still sinking in. It’s been five years since I first won here but it feels just as good. I’m massively proud of the team for continuing to push.

“It feels great to finally be here on the top step. It feel like one of best races I’ve had for a very long time.” 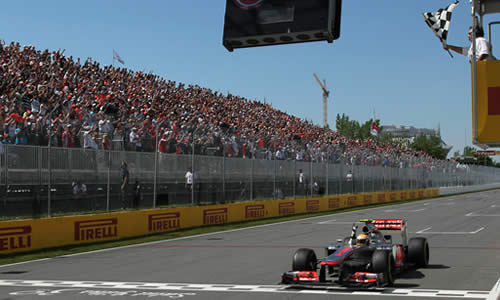 Hamilton’s team-mate, Jenson Button, however endured a torrid afternoon in Montreal as he slumped to a 16th-place finish.

“I’m confused and very lost,” Button told BBC Sport. “I don’t have an answer. I just didn’t have any pace and couldn’t look after the tyres.

“I’m not two seconds slower than Lewis – I don’t know what’s going on.”

London 2012: GB’s Dominic King aiming to compete with the best