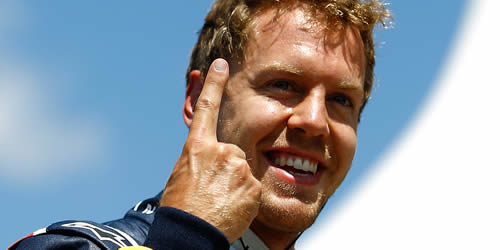 The defending world champion ran the best lap of one minute 13.784 seconds in Montreal – just 0.303 seconds quicker than Hamilton, who had topped the timesheets in first practice on Friday.

Alonso, who is three points ahead of Vettel in the drivers’ standings, was 0.064 slower than Hamilton, with Mark Webber fourth in the other Red Bull at Circuit Gilles Villeneuve.

“I think we have learned a couple of lessons from the last few races where we were quick but we didn’t get it out of car in qualifying,” said Vettel. 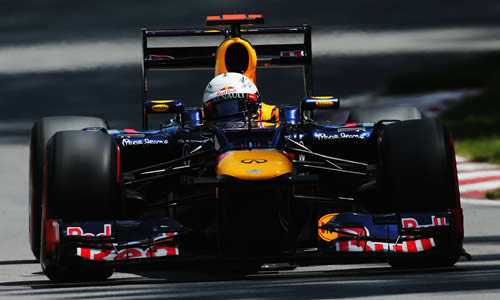 “It was important to have a clean run in qualifying here. I was happy throughout qualifying really. I was able to get a little bit quicker each time.

“It looked tight in the beginning but in the end we could make a bit more of a difference. I’m looking forward to the race. I think we have a good car.”

Hamilton said he was “very pleased” with the performance and admitted his surprise at getting onto the front row for Sunday’s race. 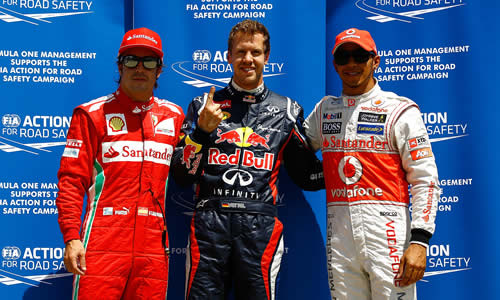 “It was definitely harder for us today – we struggled,” he said. “We were working with the tyres in P3, and in qualifying we were having to push extremely hard to get the tyres to switch on.

“We’re very happy with our performance, and very surprised to see us on the front row, but happy to be there.”

England v West Indies: Graham Onions proud to be back in action