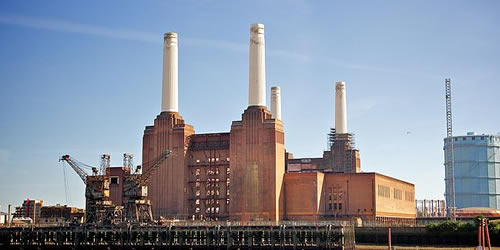 Chelsea submitted a bid for the Battersea site in May A Guichard, via Wikimedia

Chelsea have failed in their bid to build a new stadium at Battersea Power Station after the site was sold to a Malaysian company.

SP Setia and Sime Darby have bought the 39-acre site on the south bank of the River Thames for £400m, it emerged on Thursday.

A statement released by joint administrators Ernst and Young said it had entered into an exclusivity agreement with the company.

The west London club have been looking for alternative sites for a new ground after stating earlier in the year that expanding Stamford Bridge made no economic sense and plans for a new stadium on the same site are unrealistic.

The proposed plans for the Battersea site included a 15,000 capacity one-tier stand behind the south goal.

Wandsworth Council spokesman Ravi Govindia said: “We’re making tremendous progress towards transforming this old industrial stretch of the South Bank which will provide up to 25,000 new jobs for London.”

He added: “It’s important that this site and its iconic building are not left behind and that a developer is brought in who understands our vision for the new Nine Elms.”