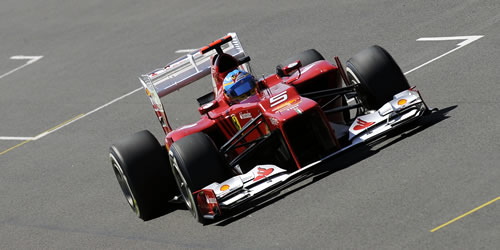 Fernando Alonso sealed a remarkable European Grand Prix victory after a dramatic 57 laps on the streets of Valencia.

The Spaniard wowed in front of his home crowd as he climbed to the top of the grid from an 11th-position start, becoming the first driver to win twice in 2012.

In a race that saw championship contenders littering the Valencia race course, the 30-year-old Ferrari driver celebrated a victory that places him 20 points clear at the top of the drivers’ championship.

Alonso celebrated an emotional victory in front of an adoring Spanish crowd, although a problem caused him to stop his Ferrari on the race track during his celebration lap.

“To win a home grand prix is a unique, special feeling,” said Alonso. “I had the opportunity in Barcelona and I still remember that day perfectly.

“Now I’ve done the same in Valencia but with a special team Ferrari with the stands full of red colour and the Spanish flags. 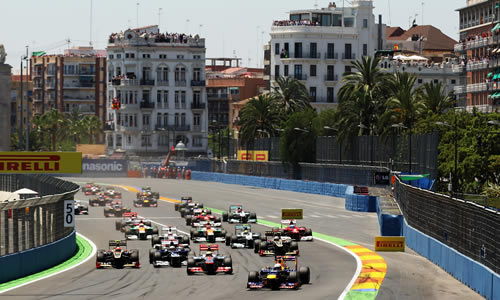 “I’m feeling very proud to be Spanish and winning in Spain is probably the best victory I’ve ever felt.”

“Formula 1 is still unpredictable. Sport is about up and downs and yesterday we had that moment. We were sad not being in Q3 but you can never give up because anything can happen.”

“Today we had an amazing race, an amazing start, some good fights. I remember six or seven overtakes when we were very close and we almost touched each other.

“All those little moments can throw everything on the wrong side and you finish the race on the wall or you can be the winner at the end.”

Despite starting on pole and claiming a 10-second lead by lap 10, Sebastian Vettel’s race ended after the restart from a five-lap safety car period on lap 34, when the defending world champion’s engine stopped.

A collision between John-Eric Vergne and Heikki Kovalainen brought out the safety car on the same corner that saw Mark Webber catapulted over Kovalainen two years ago.

Alonso took second place from Romain Grosjean after the restart and inherited the lead half a lap later. Lotus driver Grosjean’s race ended after an alternator problem on lap 41. 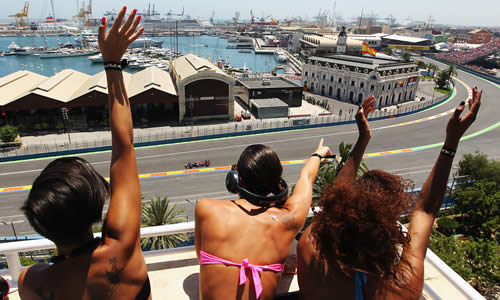 Fans cheer the drivers on from a rooftop pool terrace during the race at the Valencia Street Circuit (Photo: Getty Images/Red Bull Racing)

During the battle for third position on the penultimate lap, Williams driver Pastor Maldonado crashed into the side of Lewis Hamilton, having rejoined the race track after running wide trying to pass the Mclaren driver around the outside.

Hamilton found himself in the wall after a difficult race, with the McLaren team struggling to match the pace and enduring a 14-second pit stop when the front jack failed.

This meant Mercedes’ Michael Schumacher found himself in third place – his first time of the podium since China in 2006, while Red Bulls’ Webber finished in fourth position, despite starting in 19th.

The result leaves Alonso top of the drivers’ championship with 111 points, followed by Webber on 91 and Hamilton on 88, giving him a buffer ahead of the British Grand Prix in a fortnight’s time.

Note: Timo Glock (Ger) Marussia did not start the race due to illness

New Zealand 60 Ireland 0: Lessons from a ruthless All Blacks display