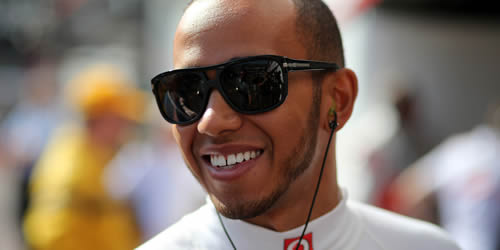 Lewis Hamilton is hoping to build on his triumph in Canada a fortnight ago at the European Grand Prix in Valencia this weekend – but the McLaren driver admits it is impossible to predict the outcome of Sunday’s race.

Hamilton currently leads the drivers’ standings thanks to his victory in Montreal, two points ahead of Ferrari’s Fernando Alonso, with defending champion Sebastian Vettel of Red Bull a further point behind.

Both Hamilton and Jenson Button endured a race to forget at the Bahrain Grand Prix back in April – and with conditions set to be similar at the Valencia Street Circuit, the championship leader is hoping his team have learned their lessons.

“It feels like it’s hotter than Bahrain – it may be more humid,” said Hamilton. “We struggled in Bahrain massively but we understand why we were in that position, so hopefully this weekend will be better than it was in Bahrain for us.

“It is [difficult to overtake] but in Canada it was all about our fresher tyres than the cars in front. You still have the straight and the DRS where you can overtake.

“I’ve been racing for so long, and before every race people ask me the questions – and I really don’t know what the hell’s going to happen this weekend.

“I’m hoping my car’s going to spot on in terms of set-up, I’m hoping that there will be no problem at all with the tyres. But you’re always surprised one way or the other when you get in the car.”

Hamilton is out of contract at the end of this season but the 27-year-old insists he is in no rush to sort out his future.

“I’m really not bothered at the moment,” he continued. “I’m happy and proud to still be part of this team and to have the success that we have working with the guys.

“I’m really excited about the next step, of course, but that can come in time. Things will fall into place when they need to.”