“We have tried some new parts on the car today, but the lap times have not really allowed us to have a fair conclusion of them yet,” said Vettel.

“It was important to have a clean practice today and I’m happy with what we did. The conditions will change again for Sunday I think; it was a bit cooler today, which will make a difference.

“It’s close between the teams and it’s not yet clear what the right strategy is for Sunday, hopefully we can make a step forward tomorrow.”

Earlier, Williams’ Pastor Maldonado had topped the timesheets in the morning session with a time of 1m40.890s around the Valencia Street Circuit.

Here, we bring you some of the best images from Friday’s action ahead of the final practice session and qualifying on Saturday. 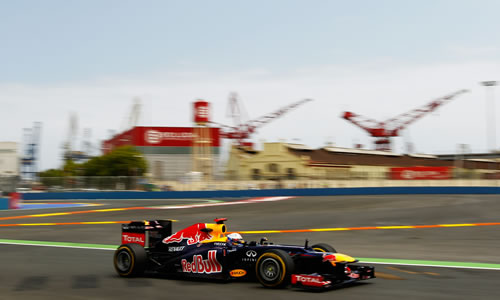 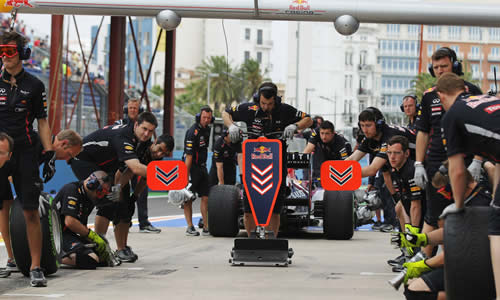 Defending world champion Vettel is aiming to make it a hat-trick of wins at the Valencia Street Circuit (Photo: Getty Images/Red Bull Racing) 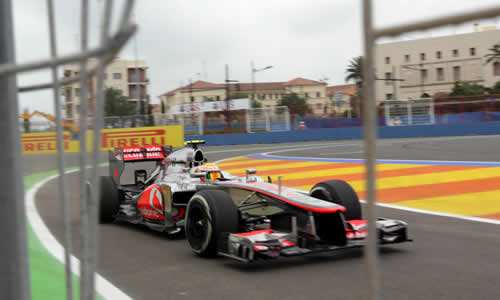 McLaren’s Lewis Hamilton, who sealed his first race win of the season in Canada a fortnight ago, finished 14th in the second session (Photo: Vodafone McLaren Mercedes) 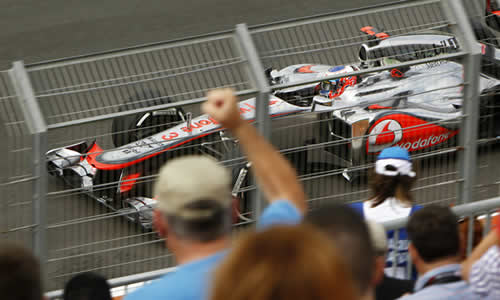 Jenson Button showed early promise when he posted the fourth-quickest time in FP1, but the McLaren driver was 12th in the second session (Photo: Vodafone McLaren Mercedes) 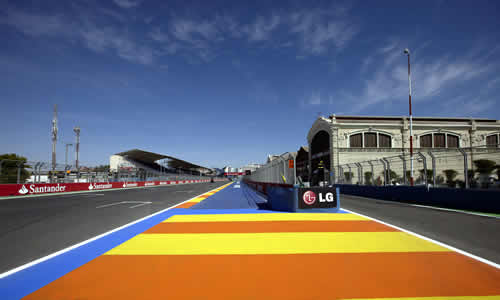 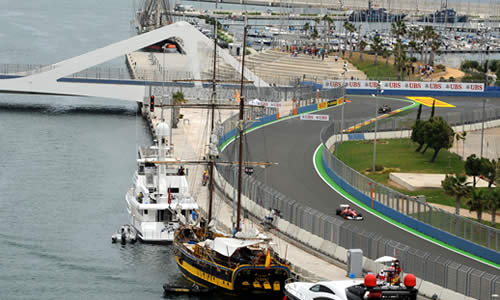