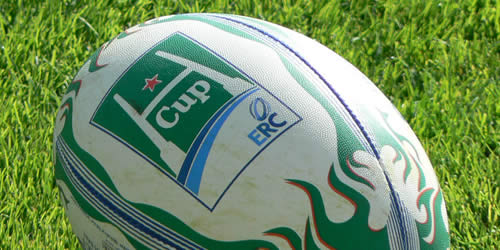 Exeter Chiefs were rewarded for a fine season in the Aviva Premiership with a tie against reigning champions Leinster after the draw for the 2012-13 Heineken Cup was made on Tuesday.

The Chiefs, who qualified by finishing fifth in the Premiership, also face French side Clermont Auvergne and Scarlets of Wales in Pool Five.

The Italians are something of an unknown quantity in the tournament after forming following the financial difficulty of Aironi. If Quins can carry on the form that they showed during last season they will feel quietly confident of qualifying in pole position.

The Londoners’ fellow premiership rivals and beaten finalists Leicester Tigers have been allotted what can only be described as the Pool of Death. Matches against French champions Toulouse and RaboDirect Pro 12 champions Ospreys from Wales will be played with Test match intensity given the amount of international quality each of these teams possess.

Finally they will have to play Italy’s Benneton Treviso, who, despite offering little resistance on their travels, are one of the most difficult teams to break down and will provide a stern test for any team. Results against the men from Italy’s rugby heartland may well decide who progresses from Pool Two.

If Pool Two was the Pool of Death, Pool One is the Pool in limbo. Inconsistent on the European stage, Saracens will take on ex-European heavyweights Munster from Ireland, last season’s French strugglers Racing Metro and Edinburgh who, while performing outstandingly in the Heineken Cup, finished a disappointing 11th in the RaboDirect Pro12.

In many ways this will be the most difficult group to predict, but if any of these teams manage to find their best form, the winners will be potential semi-finalists.

Pool Four sees 2011 Heineken Cup finalists Northampton Saints take on this season’s runners-up Ulster in what will be the most intriguing clash of the group. Glasgow Warriors and French side Castres make up the rest of the group and will be no pushovers given their high standings in their respective domestic leagues.

Finally, in Pool Six, England’s representatives are the Sale Sharks. Their overhauled squad for next season now including stars like Scotland star Richie Gray, plus Danny Cipriani, who will be tasked with overcoming Jonny Wilkinson’s ever-improving Toulon who will themselves be disappointed if they fail to reach the quarter-finals at least.

French team Montpellier and the Cardiff Blues complete the line-up and this may be the most attack-minded group with all teams favouring running styles of play.